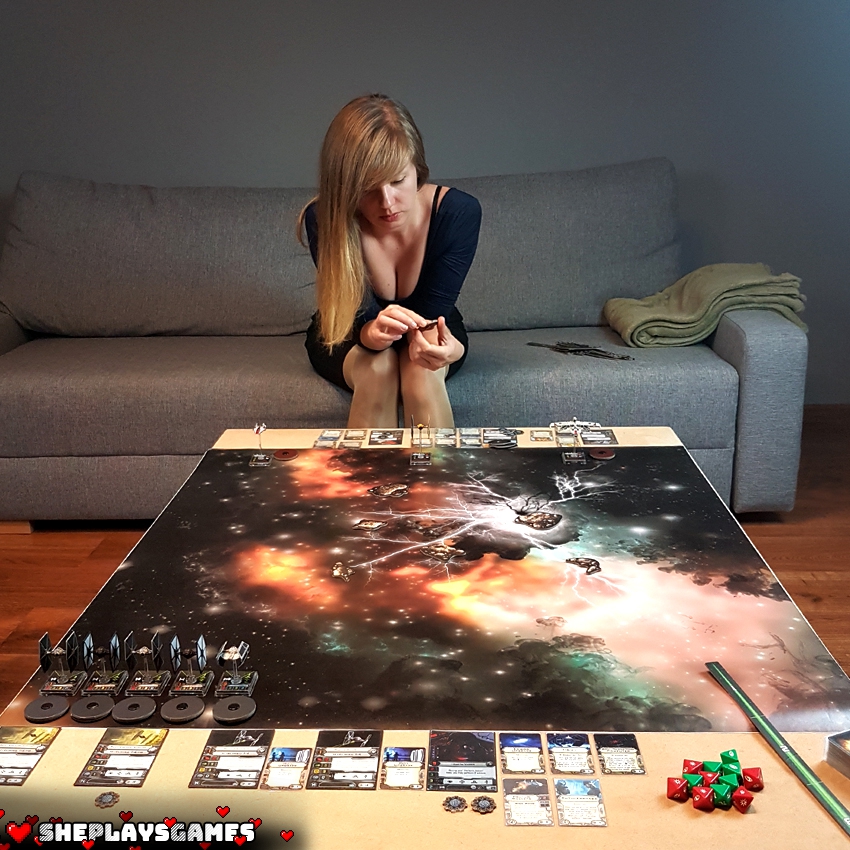 A long time ago in a galaxy far, far away...

As I have mentioned in my last entry, I present you several pictures from the weekend fight in the X-wing 1st edc.

Yes, yes ... I know that version 2.0 is currently on the top, but let's start from the beginning. I'm not a tournament player and I'm not chasing new things, but rather I'm focusing on the gameplay that gives me the most fun. Therefore, the 1st edition has priority in my case.

The game is very important to me for a couple of reasons:

you can be every Star Wars pilot's starship that exists in the galaxy, starting from the iconic X wing or TIE fighter moving to bigger ones like Millenium Falcon or Star Destroyer, what's more they are presented in a very realistic way with a lot of details,

miniatures are prepainted, which is very important to me, because I've been playing in the old WFB system for a long time. I spend a lot of time preparing the models for the game. The X-wing has become a great treat from the arduous contribution in model making hobby. The game does not require any involvement from the player except for building his/her squad,

the huge diversity of possibilities in squadron building allows players to play different games, and if we get bored of regular playing, we always have a wide range of missions at our disposal, like rescuing the senator from the assault or smuggle some illegal goods.

a huge support from the producer.

Although, I do not pay particular attention to it, I have to mention that the game itself is well prepared for the tournament scene, and also has a collector's feature in the form of gathering all pilots and additional equipment's card. Not to mention the ships.

I encourage you to try this game :) I will definitely go for the 2nd edition, although I do not know how fast.

Unfortunately, today I was unable to take care of the Empire...Darth Vader supported by a cadet squad from the Imperial Academy proved to be stronger, despite the fact that I had tactical support in the form of a Cat Droid.