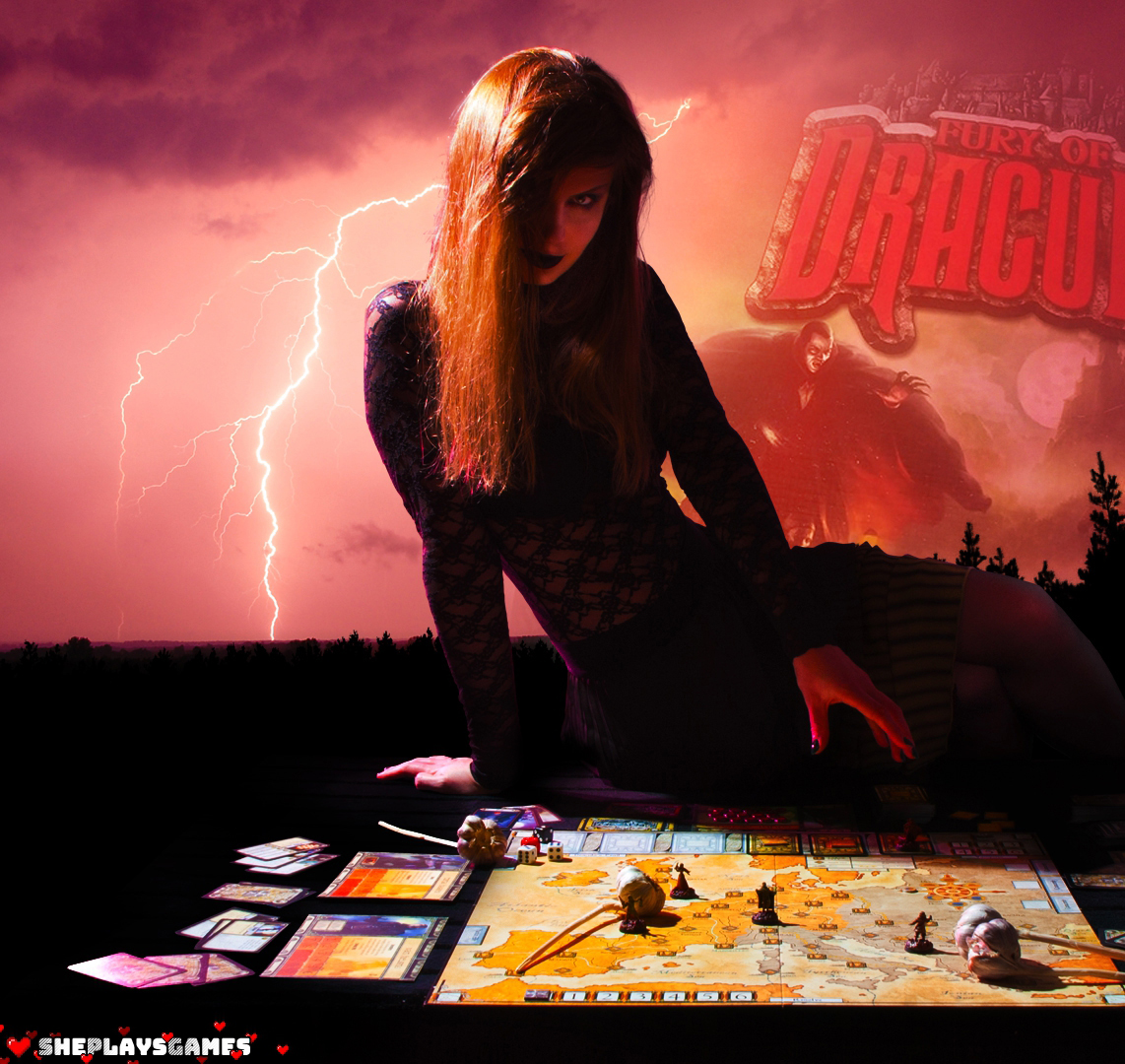 How to catch a vampire? A review of the board game Fury of Dracula (2 ed.)

Not so long ago, a board game named Fury of Dracula felt into my hands. The title is kept in a gothic style and based on a novel written by Bram Stroker entitled "Dracula". As a fan of gothic literature and movies or games that include 19th century elements of horror, supernatural creatures, and haunted castles, I couldn't pass this position unnoticed.

The main objective of the game seems to be obvious: to track down and annihilate the vampiric Count of Transylvania, who wants to create an army of servants of darkness under his control. A group of travelers known from Stoker's novels stands in the way of accomplishing his goal: Mina Harker, Dr. John Steward, Professor Abraham van Helsing and Lord Godalming (Arthur Holmwood). They travel through 19th century Europe in search of Dracula, who in addition to avoiding the characters mentioned above, has the task of creating 6 vampires to ultimately win the whole game. And how does he do that?

Well, the Count moves secretly through Europe thanks to Dracula’s location deck, which contains all the cities from the board. The mechanics of the game are very simple. The turn starts with Dracula's Timekeeping Phase in which he moves the time of day. It is very important to track down the passage of time because the number of Dracula’s power cards are dependent on the time of the day. Next, his movement phase begins. In a designated trail on the board, the player controlling the vampire puts a hidden card with the name of the location he wants to go to. This means that the others do not know where the vampire they are currently chasing is. Only Event Cards can help seekers to find the Count's current location. Of course, he's not defenseless in a clash with the hunters.

Depending on the time of day he can use a larger (night) or smaller (day) number of special power cards. In this way, for example, he can regain lost hit points, turn into a wolf and make a double move or summon dark servants to recharge and exchange his pool of encounter markers. In a given location, our vampiric Count may then leave the marker, which was mentioned above, to set a trap for the hunter. This could be a duel with a dark servant, a call of lightning or a plague hurting the seeker, or the appearance of a fog impeding the hunter's movement. There are a lot of options, and this is a part of the game that I like very much. For someone, Dracula may seem invincible, but it's not entirely like that. His movement on the board is limited. What does that mean? Well, he can only travel by land (on horseback) or by sea (on a ship) from one city to another, unless he uses a power card that allows him to cover a greater distance. For comparison, hunters can additionally choose a train that allows them to travel up to 3 cities in one step. I like the explanation of this dependence in the rules, where the Count's limited movement is explained by his aristocratic character and attachment to traditional transport methods.

Secondly, Dracula does not receive Event and Item Cards during his action phase. In this matter, he is left to the hunters, who can draw a card from the deck with a logo designed for the vampire. And that's another element that I like so much about this game. Why? Because the cards are pulled from the bottom of the deck, which means that the players don't know if it's destined for them or for the vampire. Of course, the hunter may choose to do another action instead of drawing a card, but I have to admit that this element of risk is very tempting. The chance of finding Dracula's card is relatively low, but it exists.

As for hunters, they have at their disposal the Item and Event Cards mentioned above, which can help them obtain additional information about Dracula's whereabouts or give bonuses while fighting him. In addition, each of the seekers can exchange items with another person and rest to regenerate his/her lost hit points. The fight itself is also interestingly solved. It is mainly based on item cards and dices. In case of a draw during throwing the dice, the value of the card's initiative is taken into account. In contrast, the damage received depends on the type of item used. The effects are different from lowering life points, escaping, being bitten by a vampire or dealing 5 damage points to Dracula, which is 1/3 of all his life points. The fight can also be continued in the next round.

The game is originally intended for 2 to 5 players. Depending on the number of players, one person can lead one, several or even a whole group of hunters. The length of the game is somehow determined by the person leading the Count character. If he skillfully avoids hunters, it may take them some time to track him down. Nowadays, Fury of Dracula has the fourth edition and is highly rated by the Board Game Geek portal. Personally, I rate this title very positively. I have always liked board games based on deduction and playing a game of cat and mouse. The only thing that seems exaggerated to me is the card from the Event deck - Evasion, which allows Dracula to perform an additional movement phase to any city on the map, no matter how far he is actually from that place. This gives the vampire the opportunity to escape from hunters in deadly situations. In other words, it significantly affects the length of the game and the chance for hunters to win a fight. If you like gothic atmosphere like me, I wholeheartedly recommend this title to you. I am already sharpening my fangs for another board game of similar type - Whitehall Mystery with Jack the Ripper in the background ;)