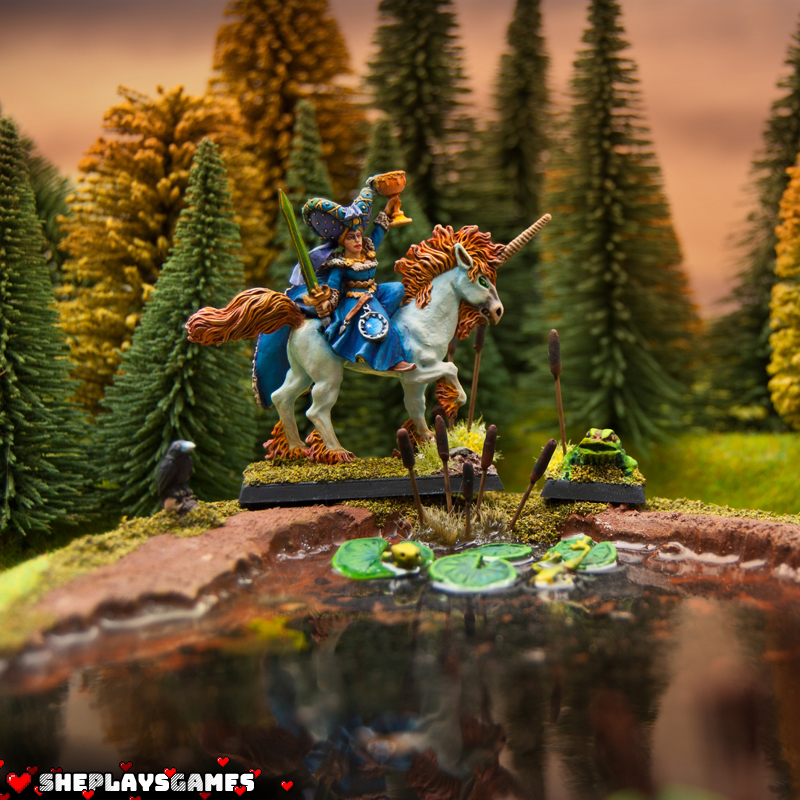 If I were to select the most recognizable female character from the Warhammer universe, I would not be hesitant to choose Morgiane Le Fay. There are several reasons for this, but the most important one is that all the men in the country obey her. In addition, her word is sacred and means more than a royal decree. What else does she impress me with? Well, I guess she turns into toads people who have somehow put themselves at risk of her anger. A pretty funny way to get rid of the enemy, isn't it? Without all this killing, and resorting to violence. It is said that a toad, which is always by her side, is an unfortunate wizard who undermined her spellcasting abilities.

I must say, I've enjoyed painting her. As a little variation, I made the water pouring out of the chalice. I also added to the base some bulrushes, which are supposed to refer to terrains I had made earlier for Bretonnia, precisely to the small pond. If you want to see these terrains, I suggest you see the previous post.