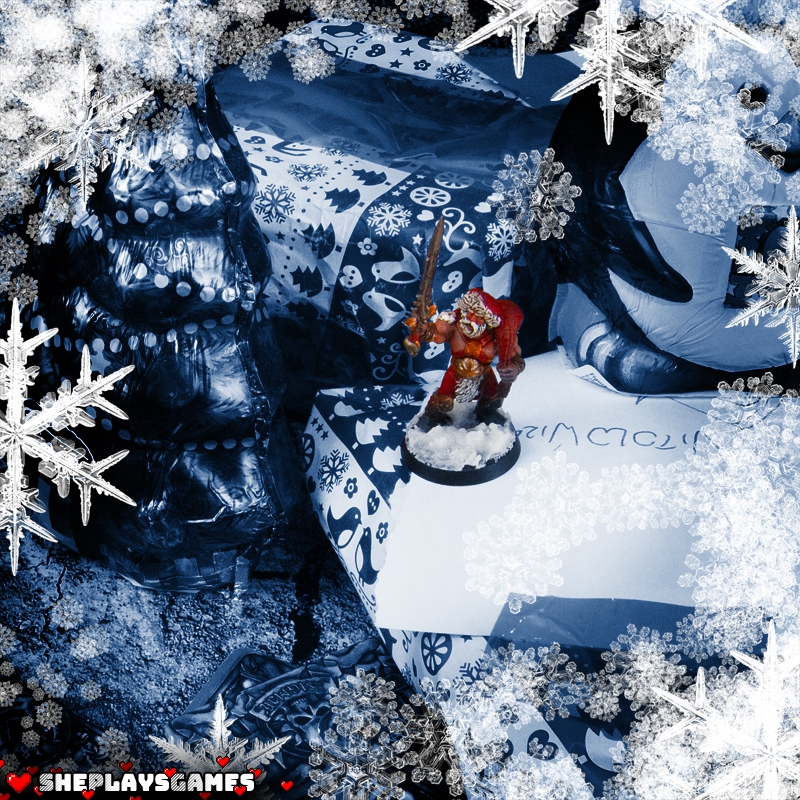 Hunting the Marauder Santa Claus
The Christmas break is in full swing, which means more free time dedicated to hobbies. Therefore, together with our Fallensun team, we decided to meet symbolically in 3 people at the battle table and play one of the scenario from Triumph & Treachery’ s suplement for Warhammer Fantasy Battle. Each of us composed a 1500 pts roster sheet on 6th edition rules with the addiction of our home rules set. 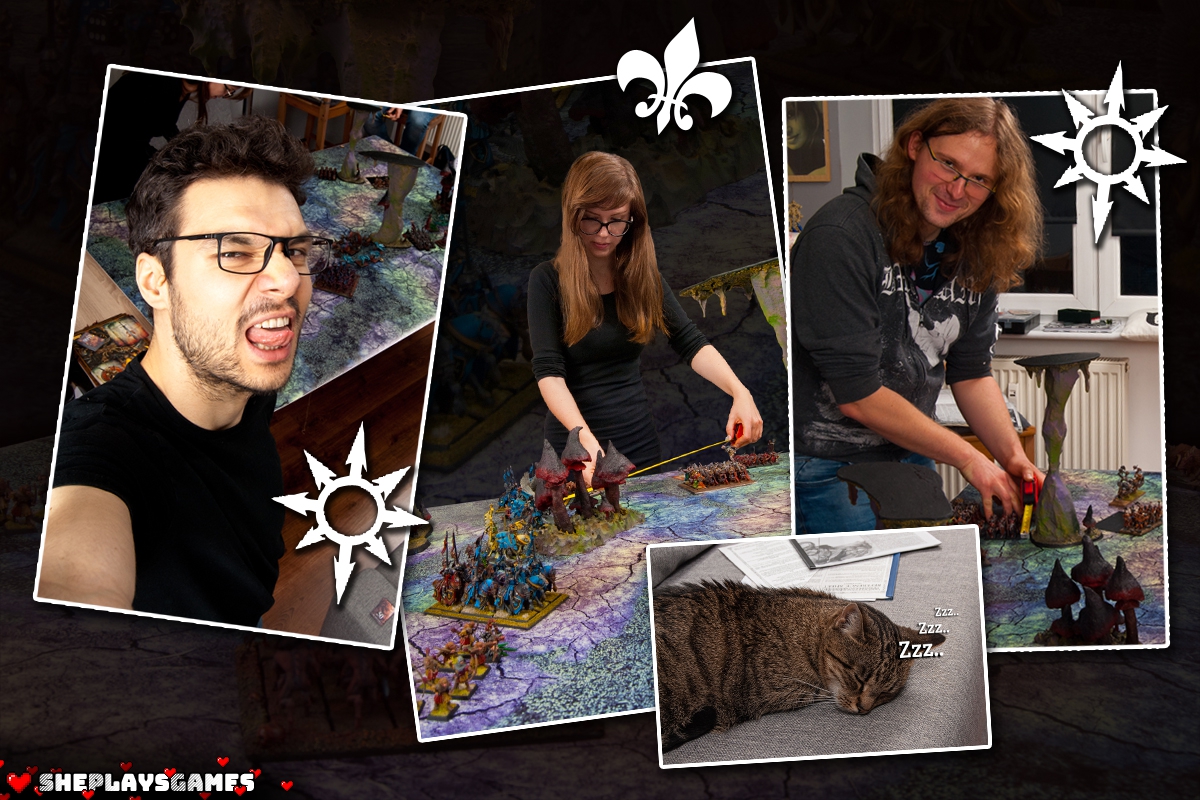 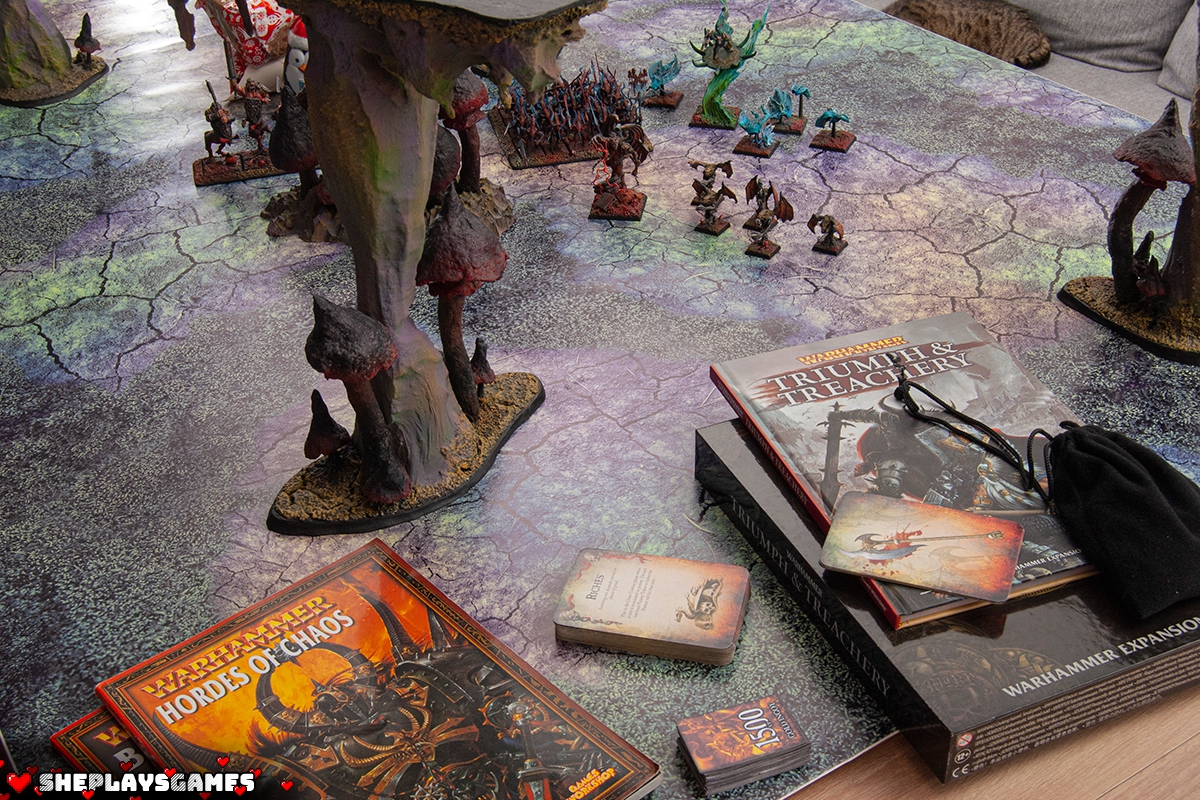 Not just any scenario! The main role was played by Marauder Santa Claus, which belongs to one of our studio members - Witek. His brave traveller from the Northern Wastes carried with him a bag of gold or, as rumours say, powerful artifacts worth a whole 500 pts at the end of the battle. 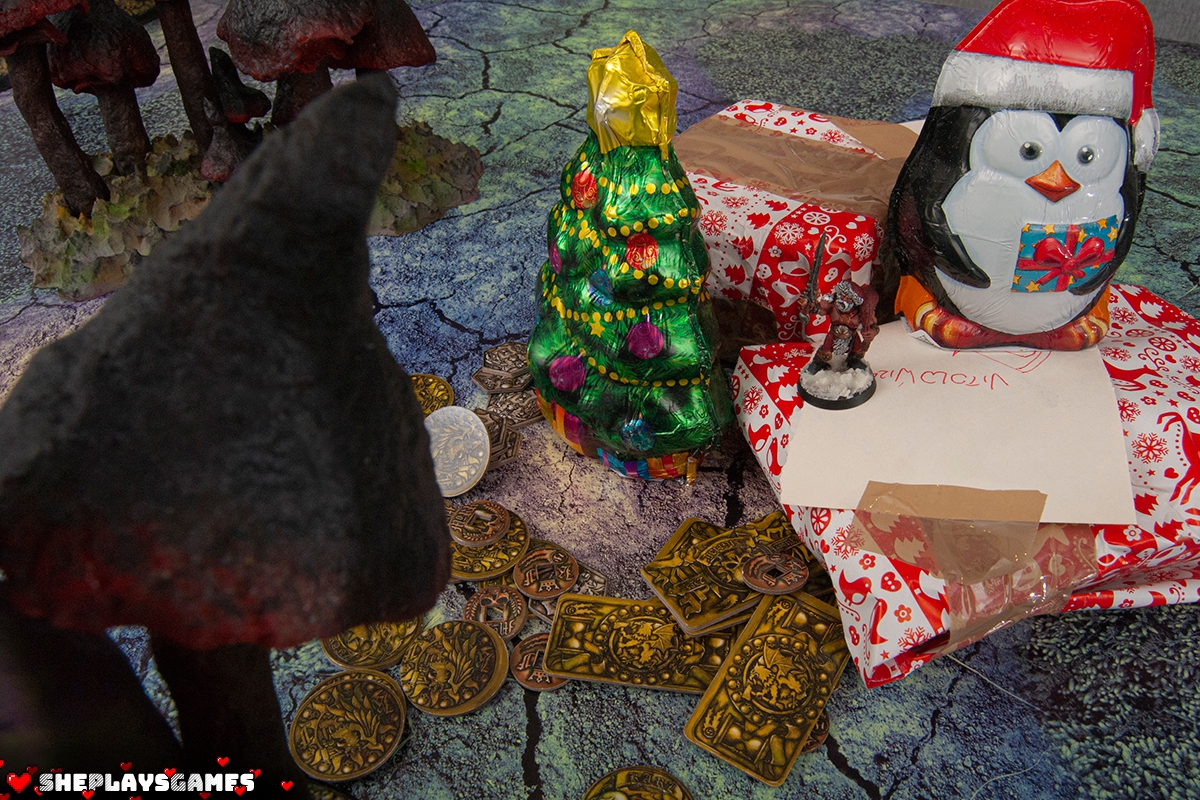 As the proverb says: No pain, no gain. Our Warhammer Santa Claus decided to keep the presents to himself and hide in the underground, avoiding the sight of the Bretonnian, Nurgle and daemonic general. In the vast undergrounds and caverns of the Old World, he was not entirely alone. The red eyes lurking in the darkness watched the newcomer from the surface intently, and each his step was passed on to the Skaven leaders, who also started to sharpen their teeth for the artifacts carried by the Marauder Santa Claus.

While sensing the incoming troops from the outside world, there was a disagreement in the Skaven ranks - to whom should they join in? Who has the best chance of winning? In the end, there was a split and each of the rat leaders chose their own favourite. Thus the battle began... Now, let us get down to business. We have agreed that we are playing a battle with the addition of Mercenaries units in the form of Skaven troops. According to T&T rules, each player could choose one of the previously prepared rat armies for the maximum amount of 300 pts. 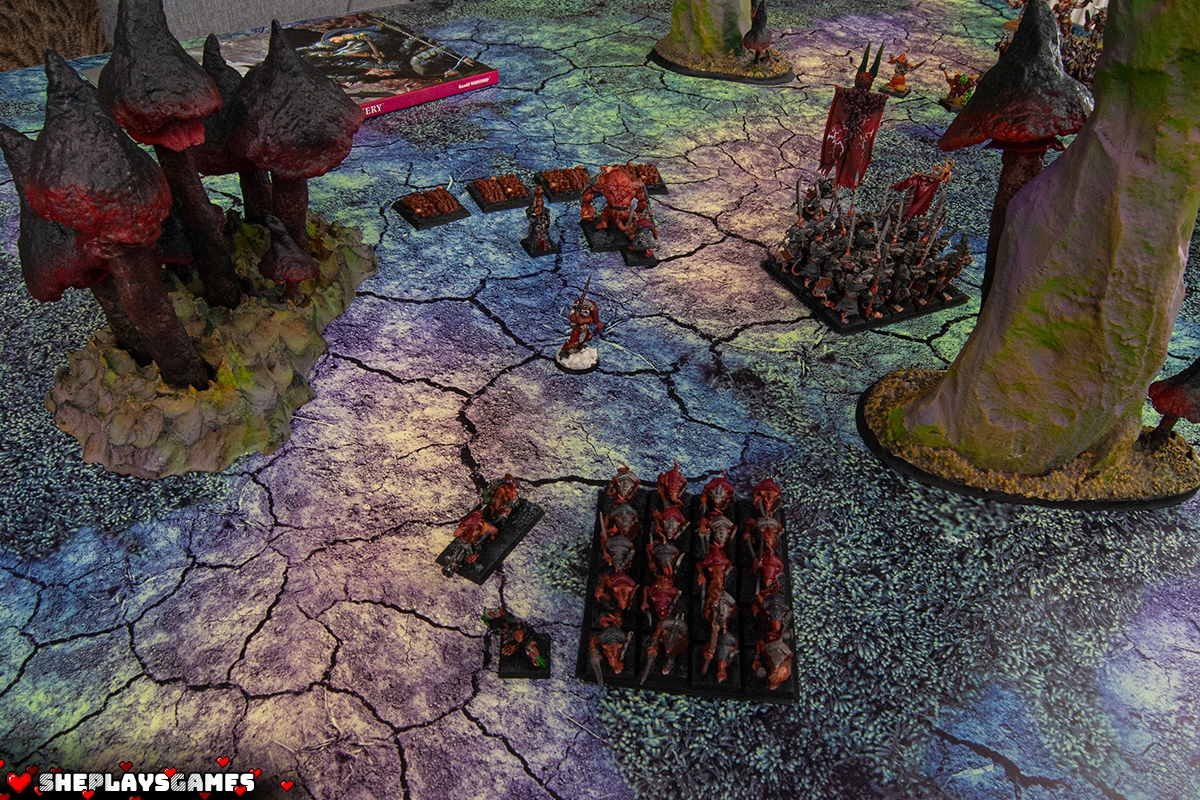 In a draw I managed to be the first to choose allies from Skavenblight in the form of a huge unit of Rat Swarms, one rat Ogre with Packmaster and Warlock Enginner. In this way, I have strengthened the magic of my army with a solid Warp Lightning magic missile and an additional Dispel Scroll. Meanwhile, the invaders from the Northern Wastes and the followers of Nurgle have chosen Ratling Gun, a unit of Clanrats, under the leadership of Assassain as an exception. The demonic commander received the support of the Stormvermin unit with the FCG and the magical Banner of the Swarm, under the command of the Chieftain. 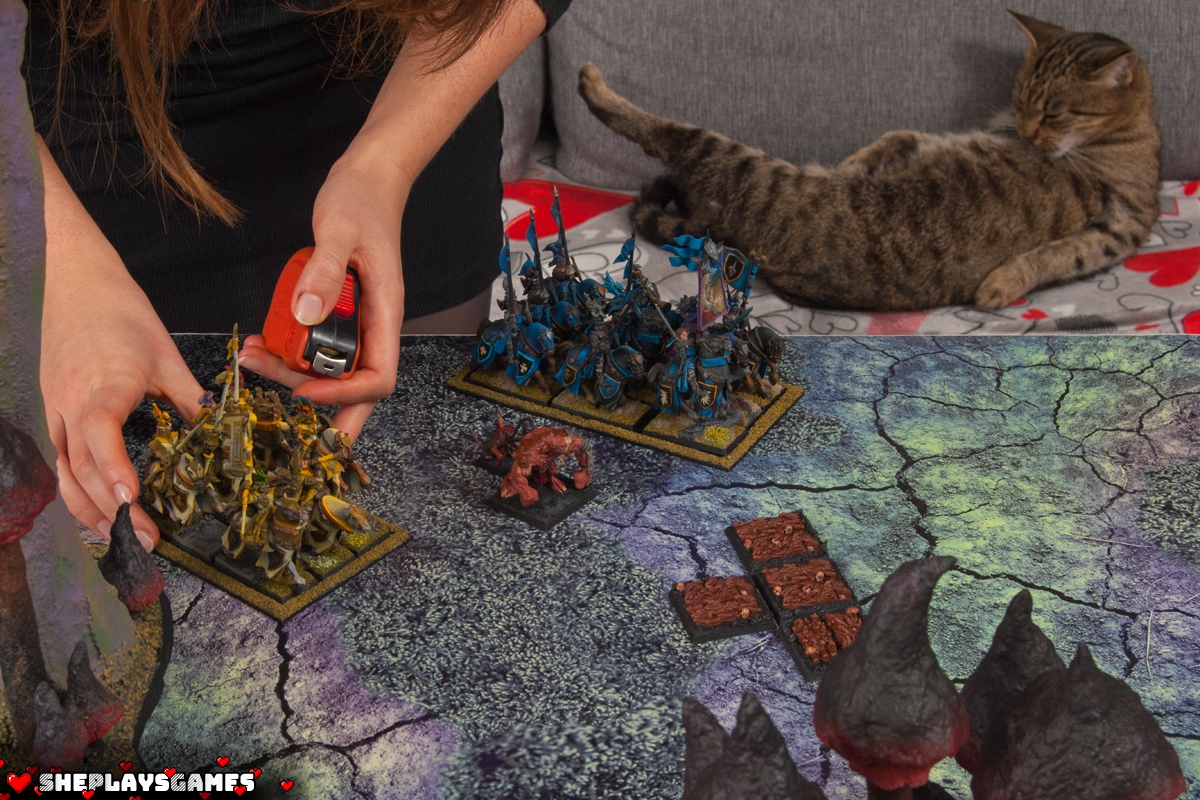 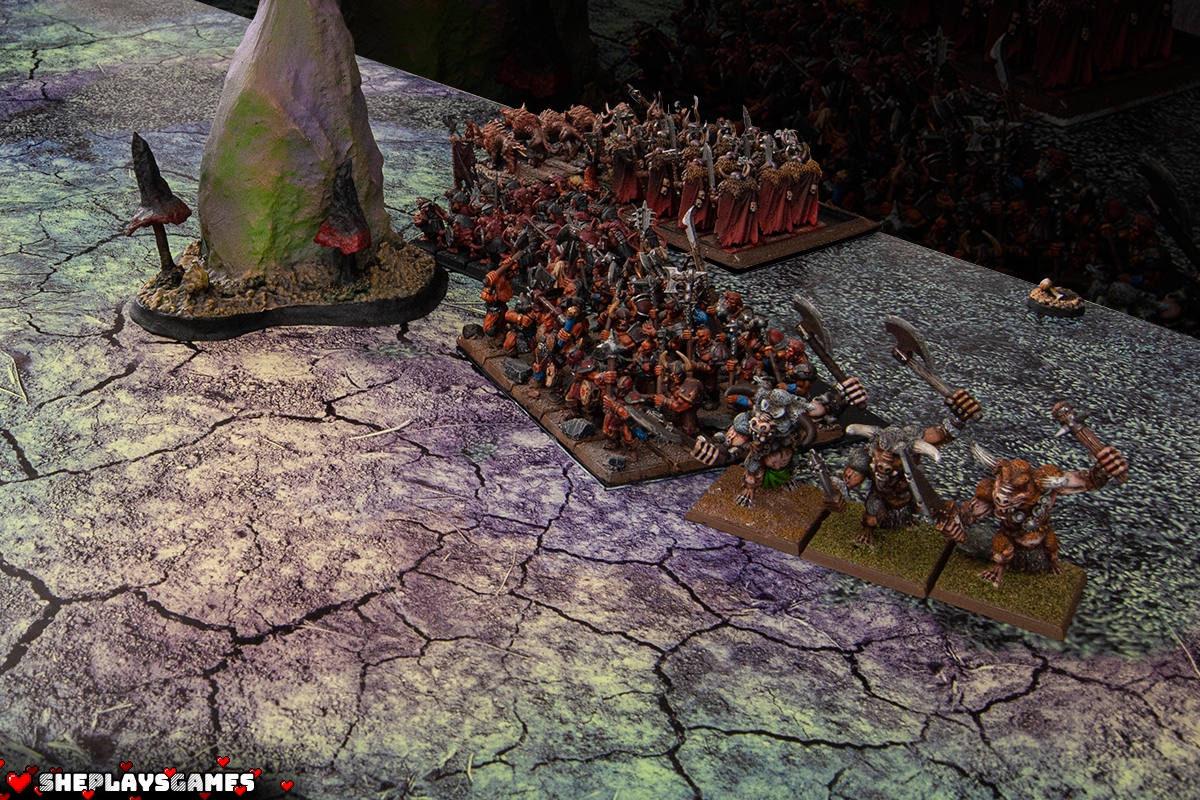 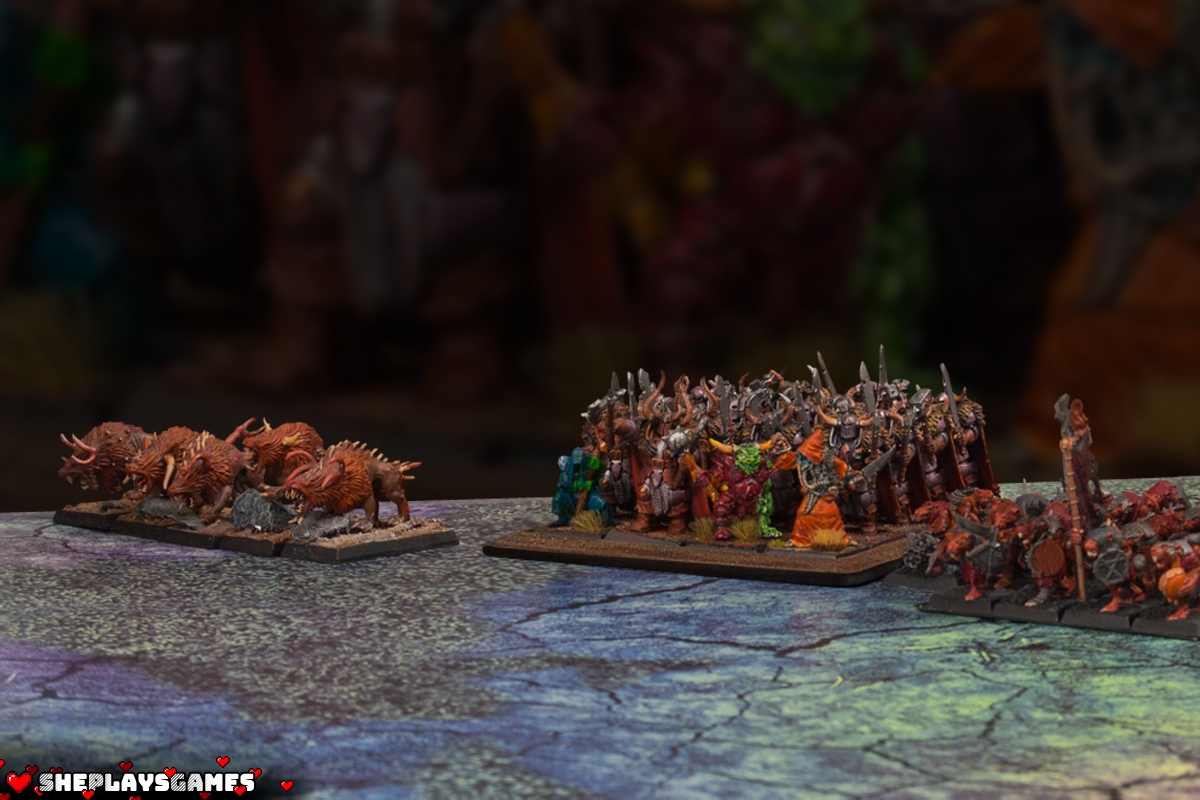 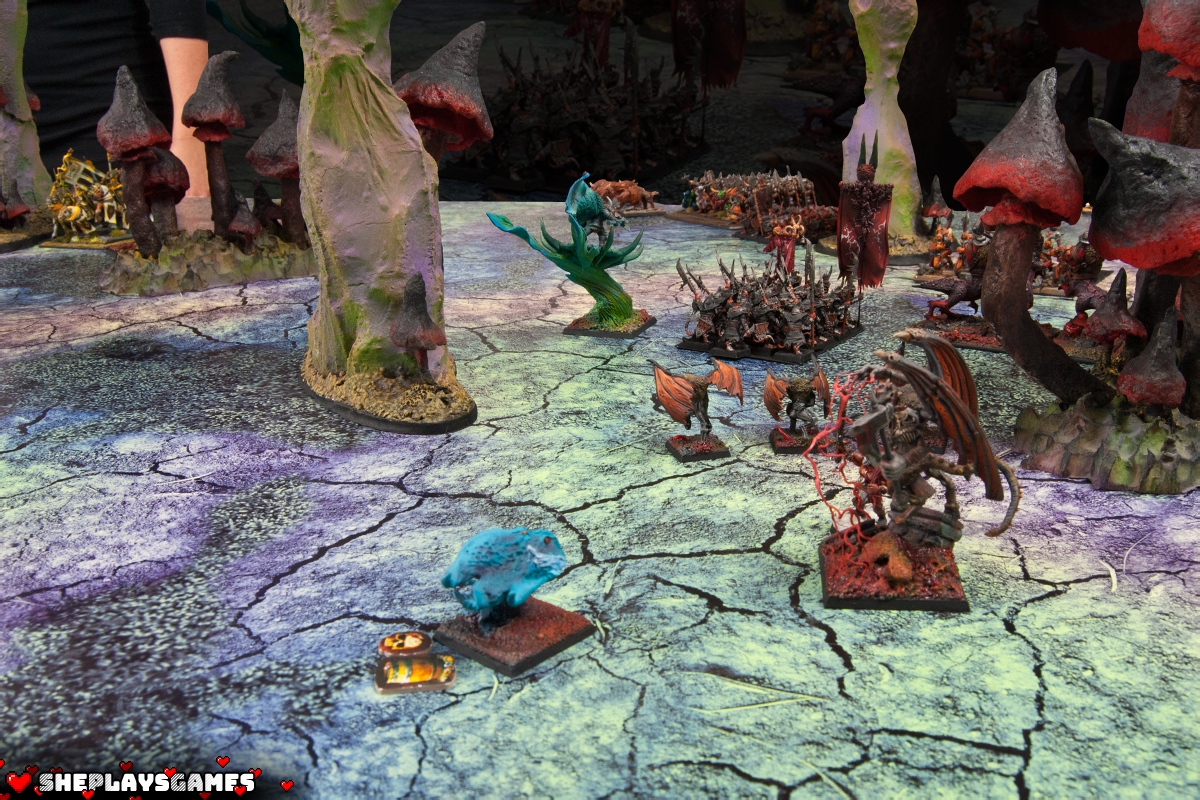 It was the inhabitants of the Realm of Chaos who gained the upper hand in the first round and managed to imprison Marauder Santa Claus gaining the advantage over other opponents. Unfortunately, in spite of numerous attempts to kill the deamonic hero, neither I nor the Exalted Champion of Nurgle was able to take him out of the clutches of the Dark Lord, who for the rest of the battle was hiding behind the cover of the minor deamons - the unit of Screamers of Tzeentch and Chaos Furies. 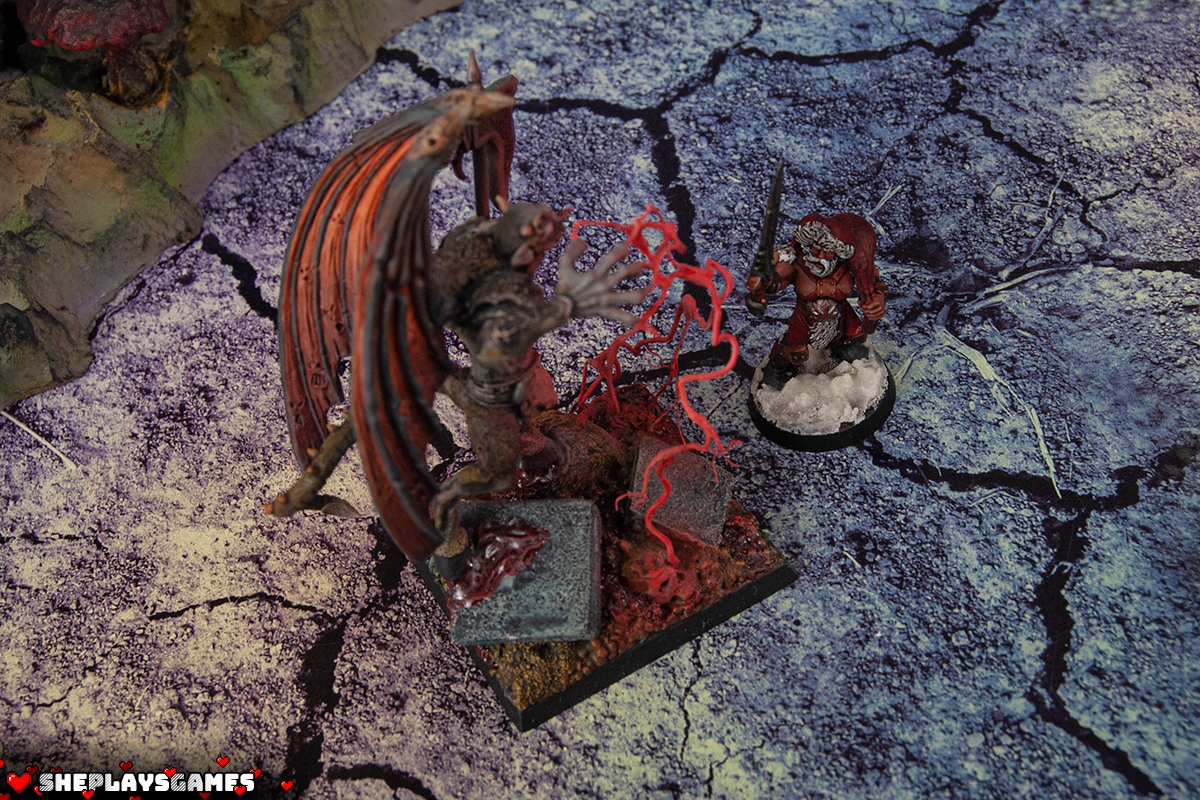 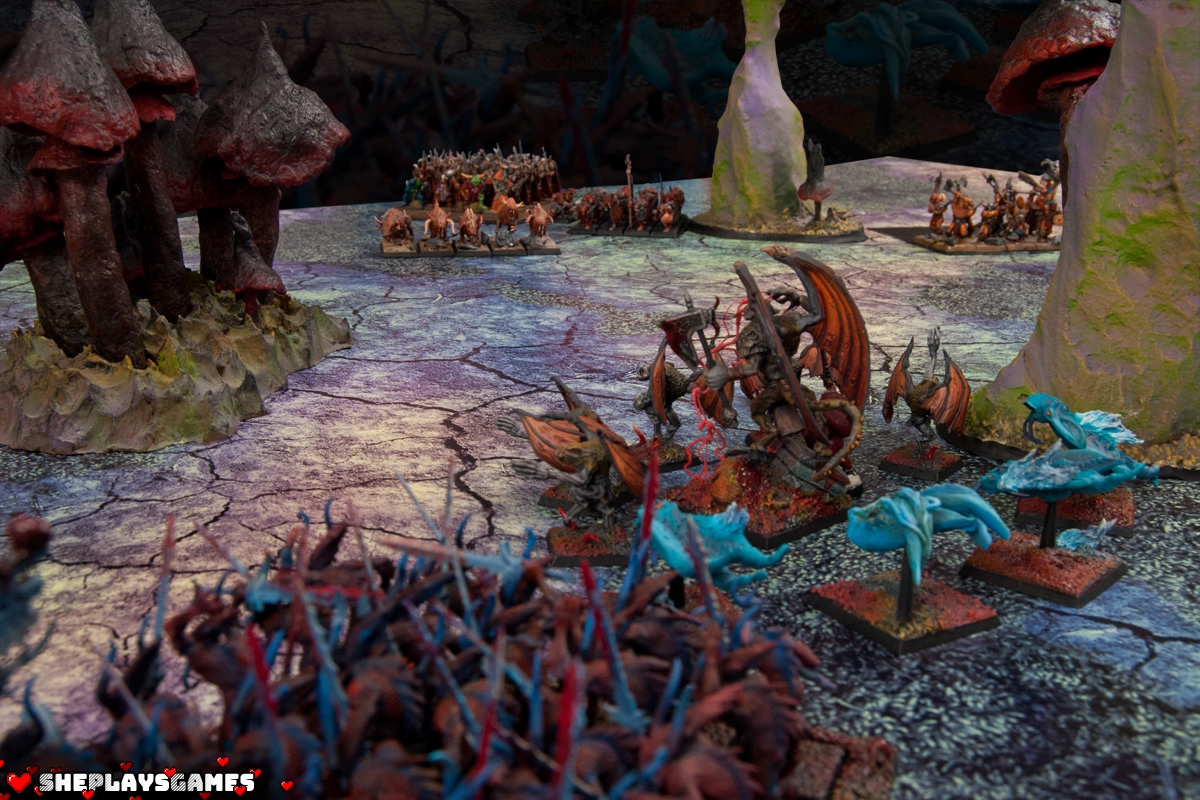 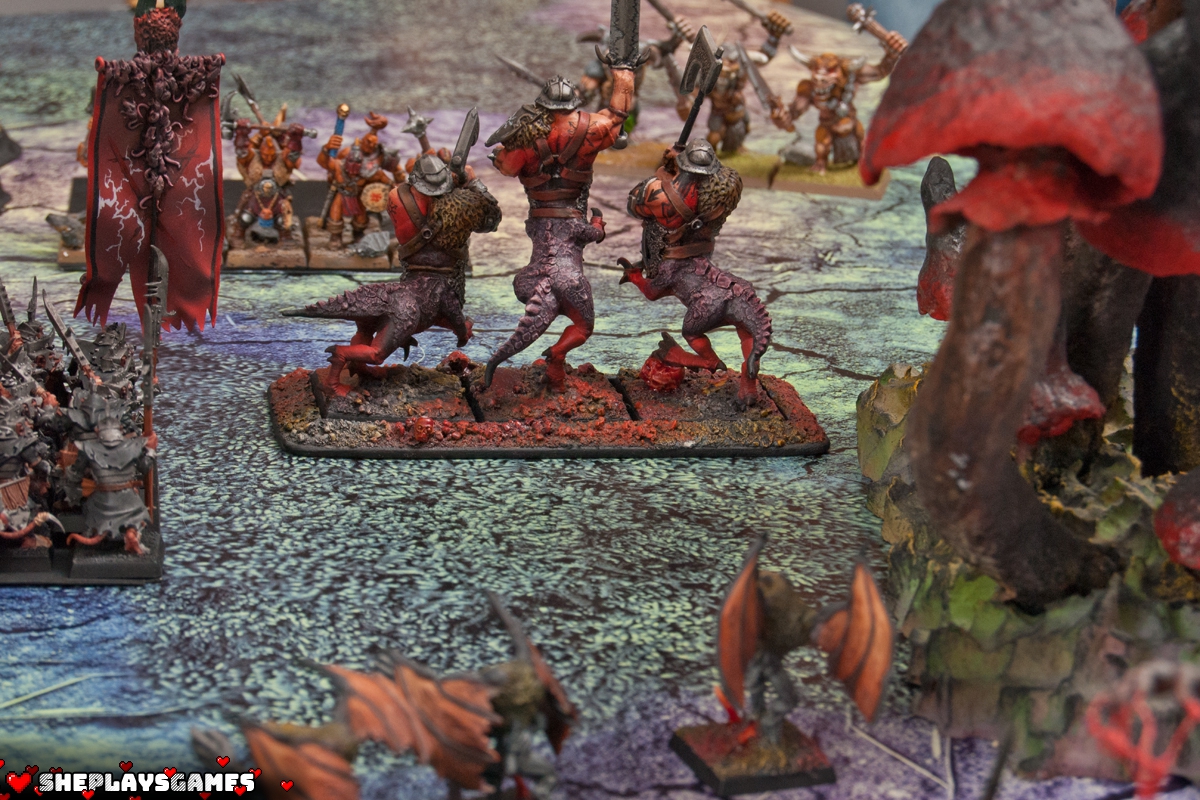 However, the other generals decided not to give up so easily and gain an advantage in points in the traditional way - by killing and destroying the troops of their enemies. And so the Bretonnian troops sent back to the Chaos Dimension a unit of Bloodletters of Khorne in a combined attack. Unfortunately, Lord of Skulls’ followers managed to slaughter a total of 4 Grail Knights despite the protection of the Lady of the Lake. The Warplock Engineer also decided to help his temporary man things allies by killing 2 Minotaurs and panicking the rest of the beast unit, who eventually fled from the battlefield. 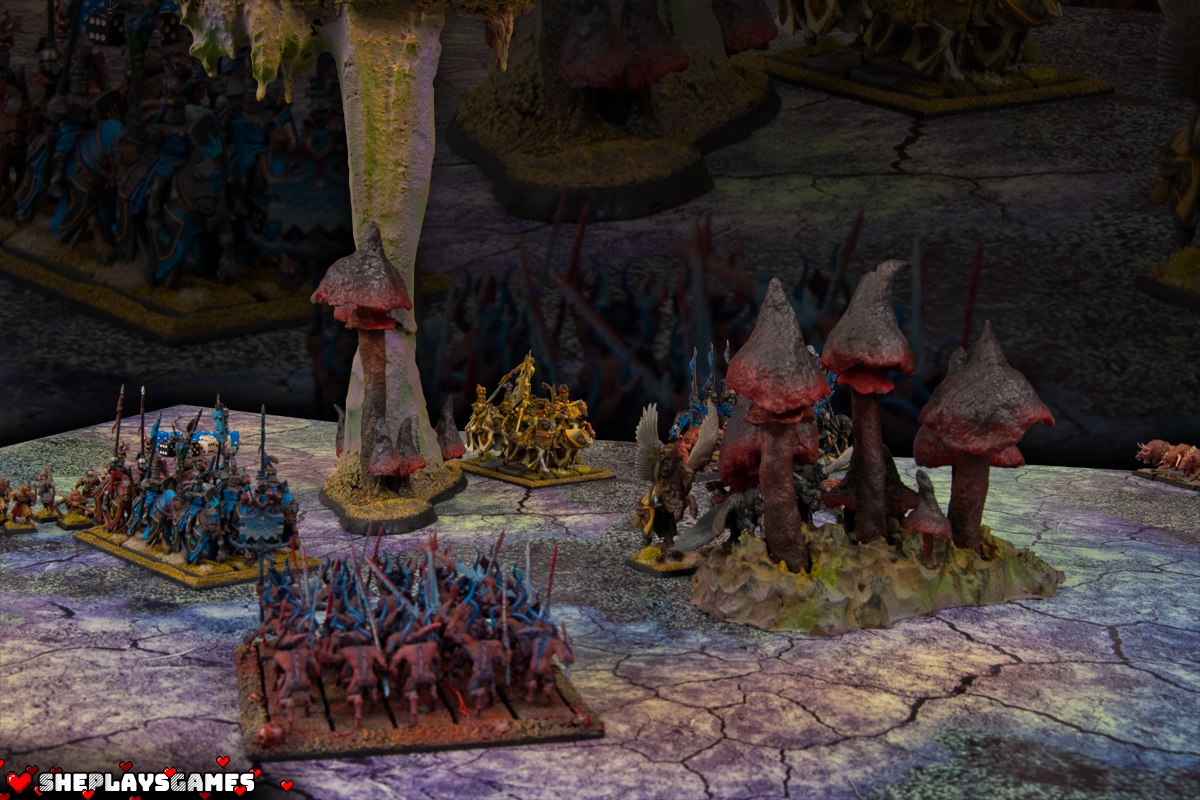 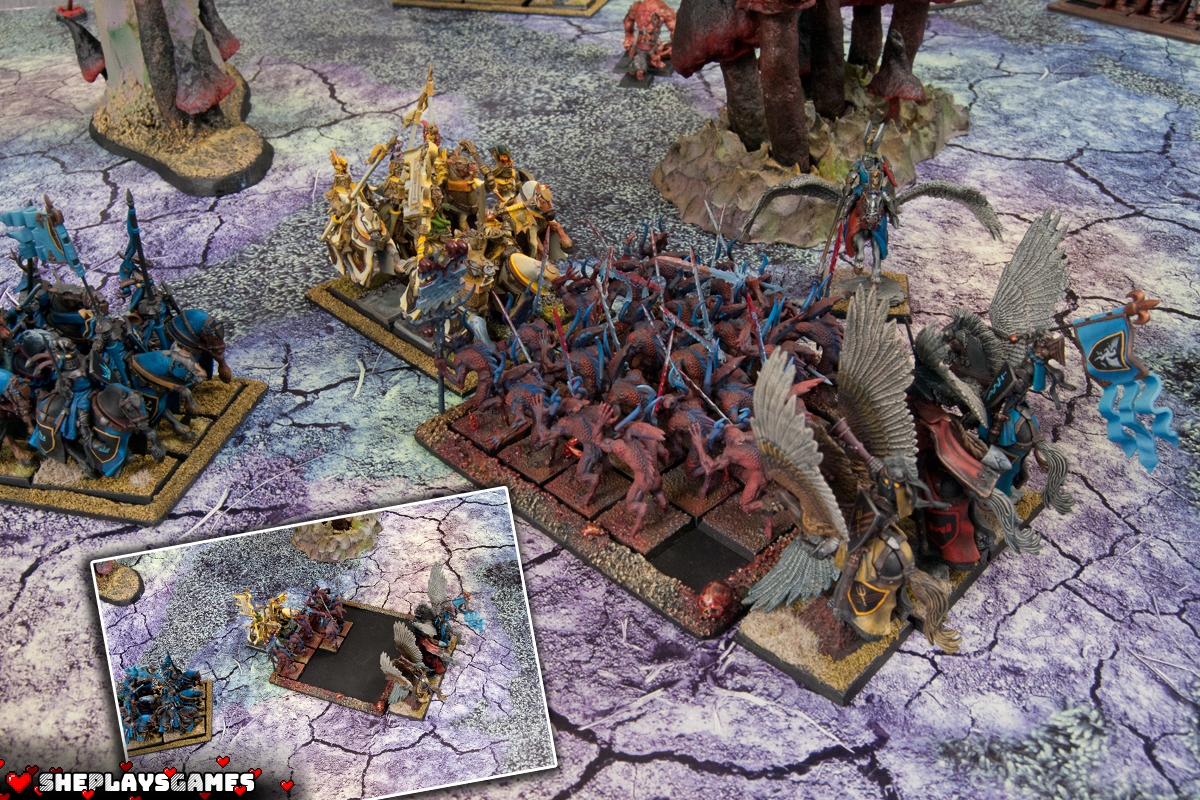 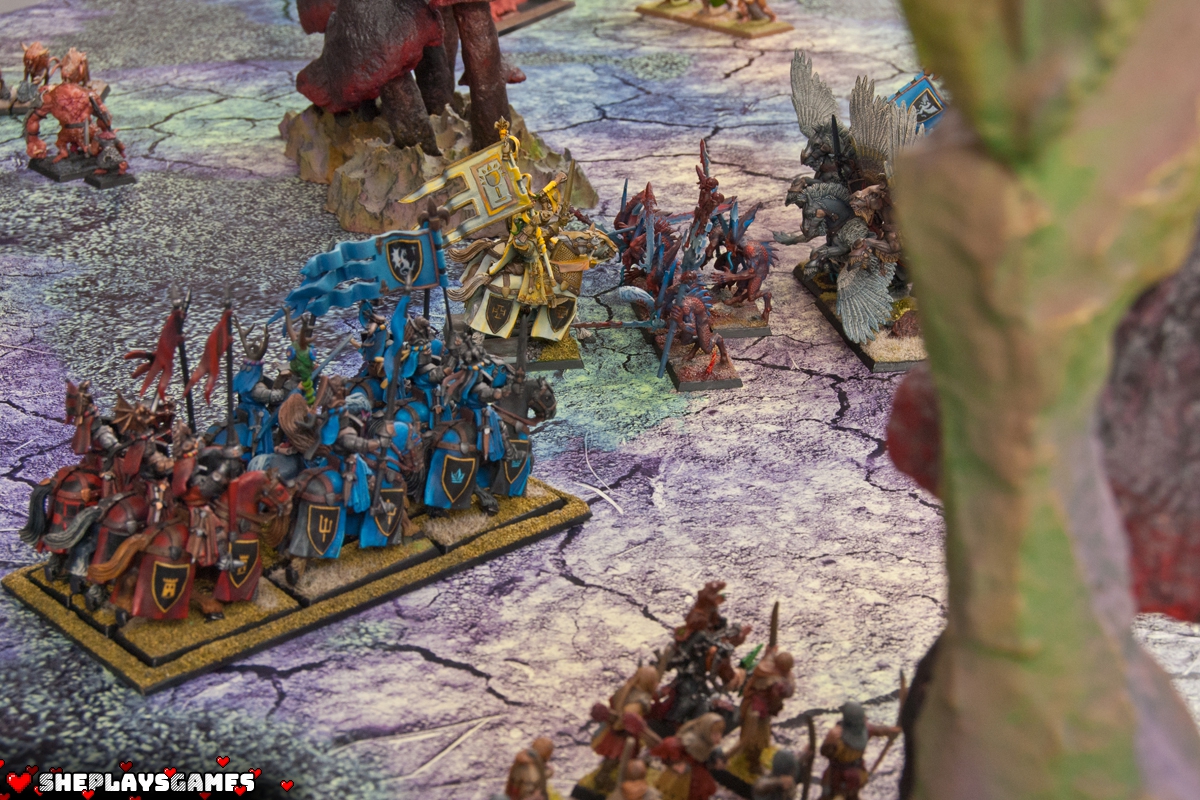 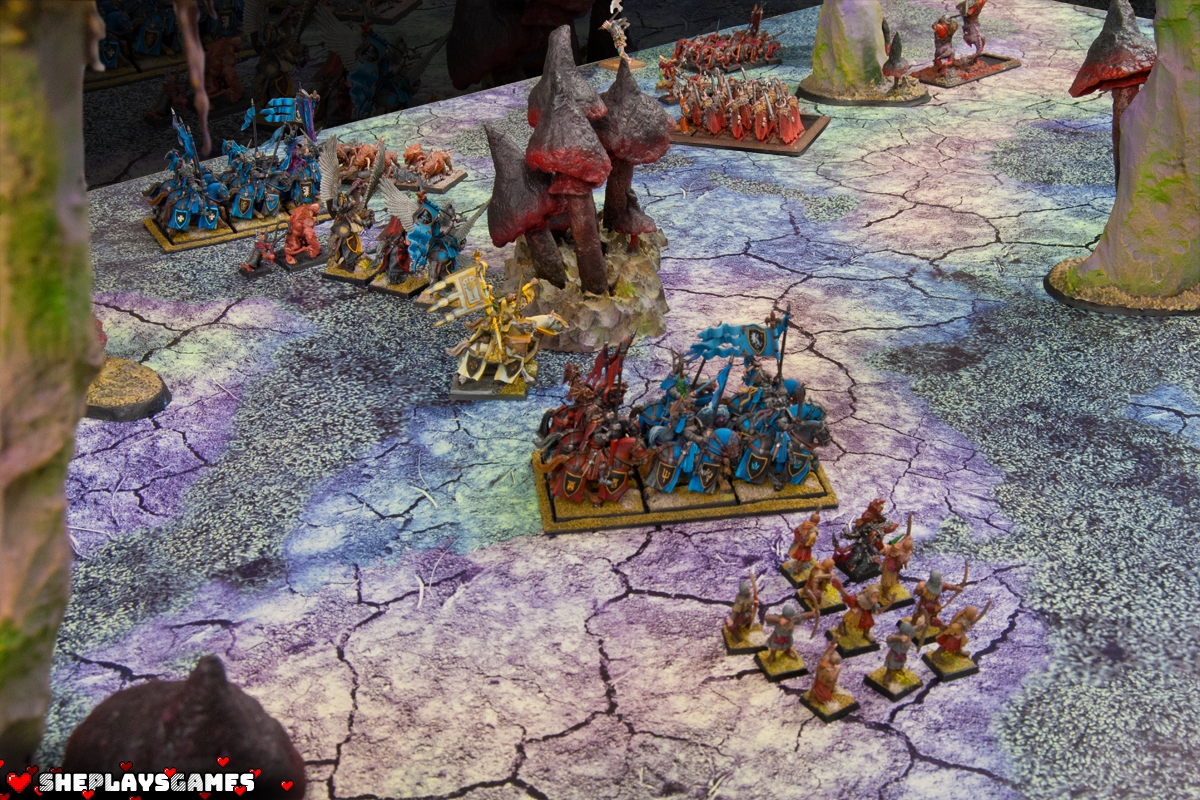 In turn, the Chosen One of Nurgle decided to challenge the Tzeentch hero on a demonic disc to a duel. This is not the first time that they have ever been in a fight. And just as it was the last time, the champion of the Nurgle showed his superiority, and with the powerful blows of his mace he mortally injured a devotee of the Lord of Change, previously weakened by the spells from the domain of the Lord of Decay - Poxes and Scabs. 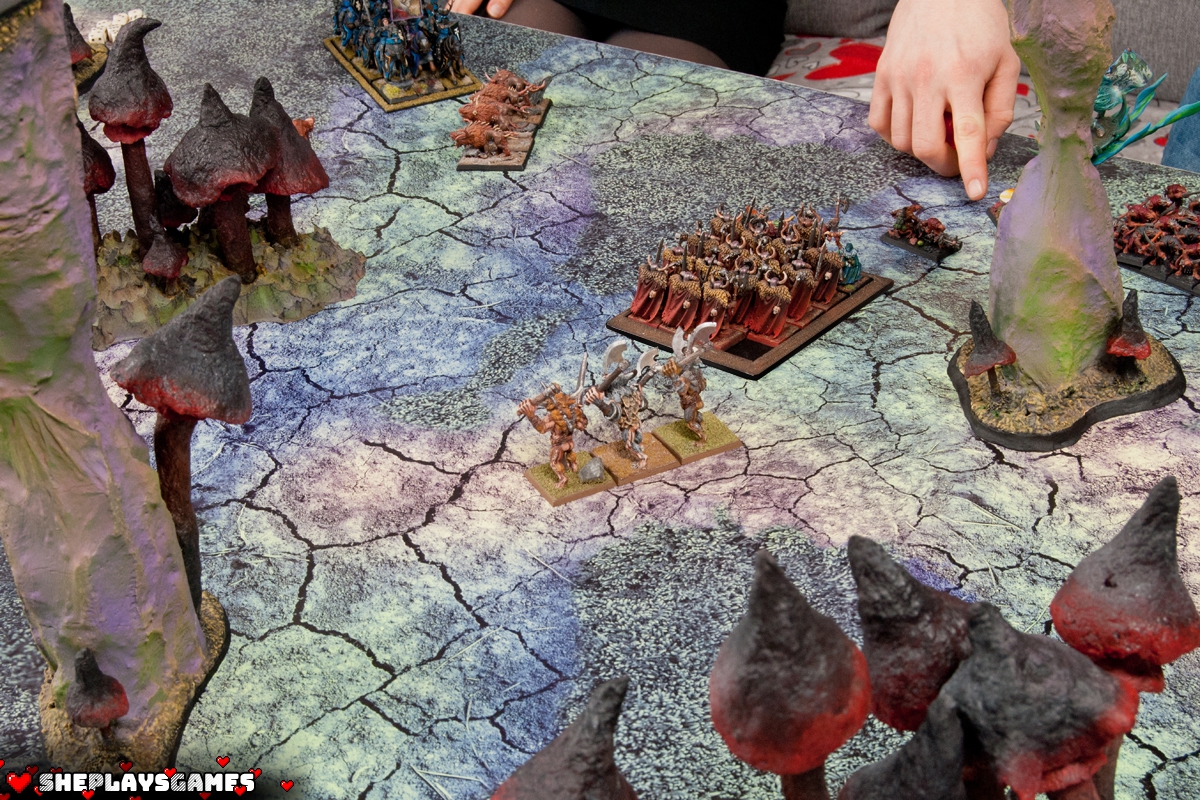 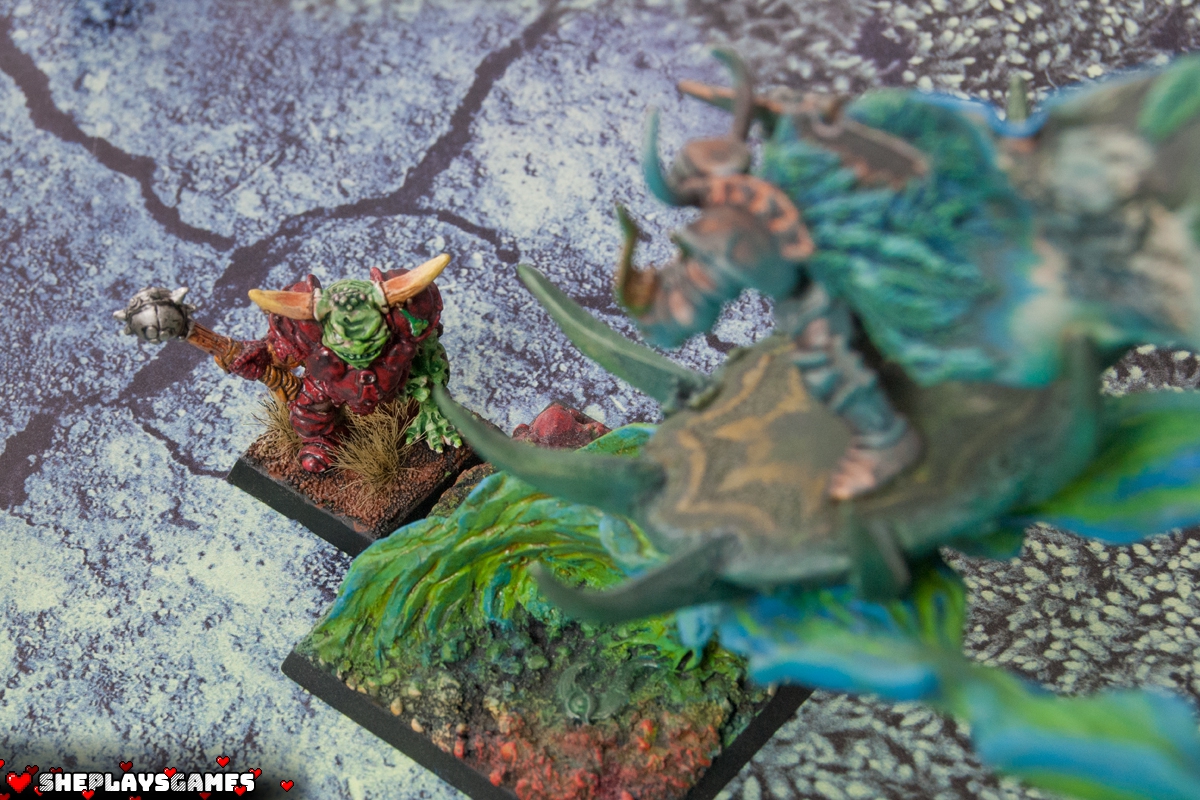 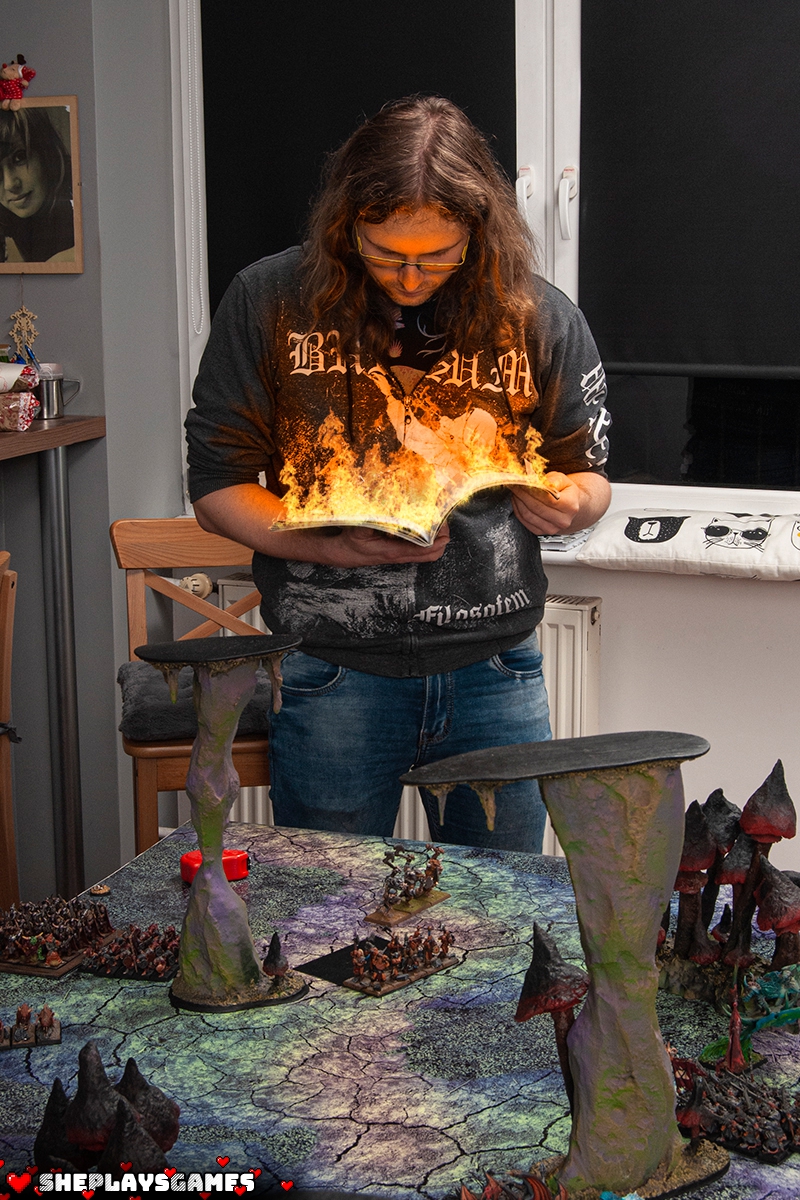 As the battle was about to end, the Pegasus Knights unit decided to destroy Ratling Gun. Unfortunately, this movement resulted in a burnt charge caused by one of the treachery cards – Caltrops, played by the enemy.

Exposed to a certain charge of Chaos Warriors, the flying knights decided to escape. Sadly, the frightened Pegasi did not have enough strength to fly away from the enemies chasing them and died with the knights, ensuring a victory of Nurgle and his children. 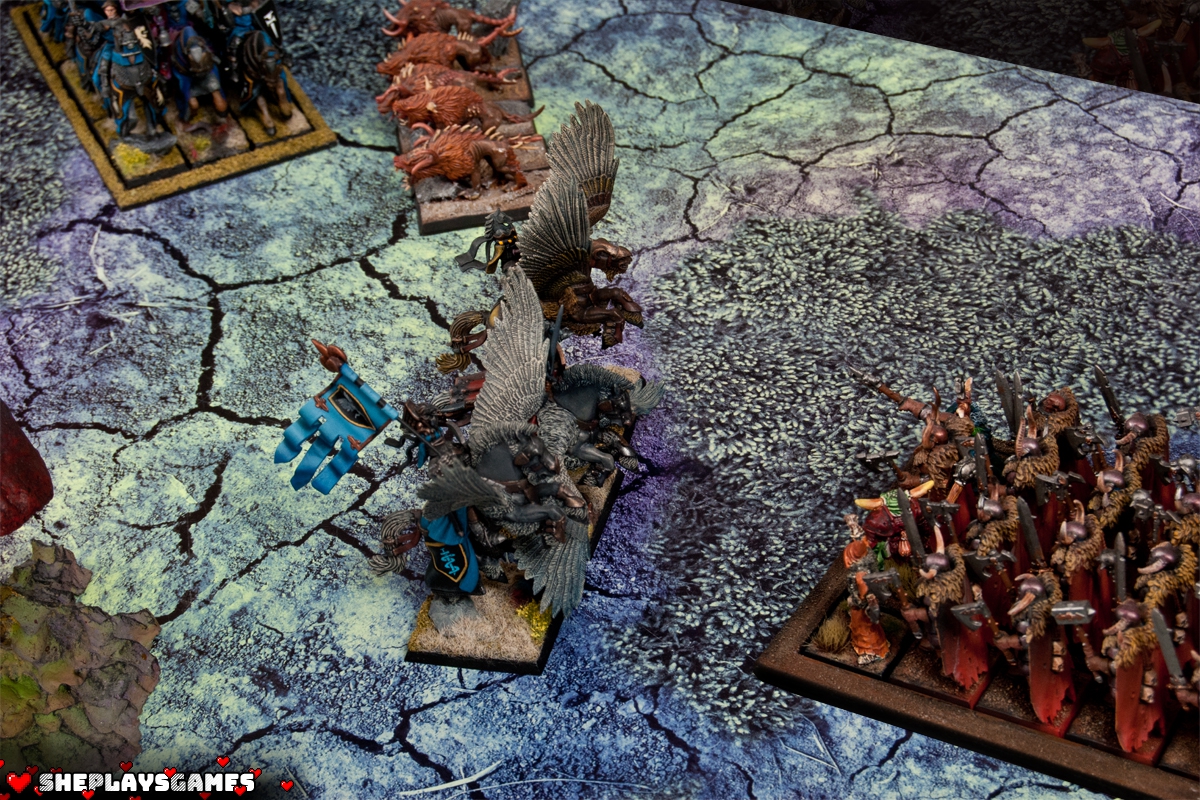 The Christmas mood was at the table, and the cards of treachery provided us with many twists and turns, and often changed the whole situation in the game. In addition, the allied troops were a very interesting variation to the standard rosters. Do you guys also spend Christmas playing Warhammer or painting minis?