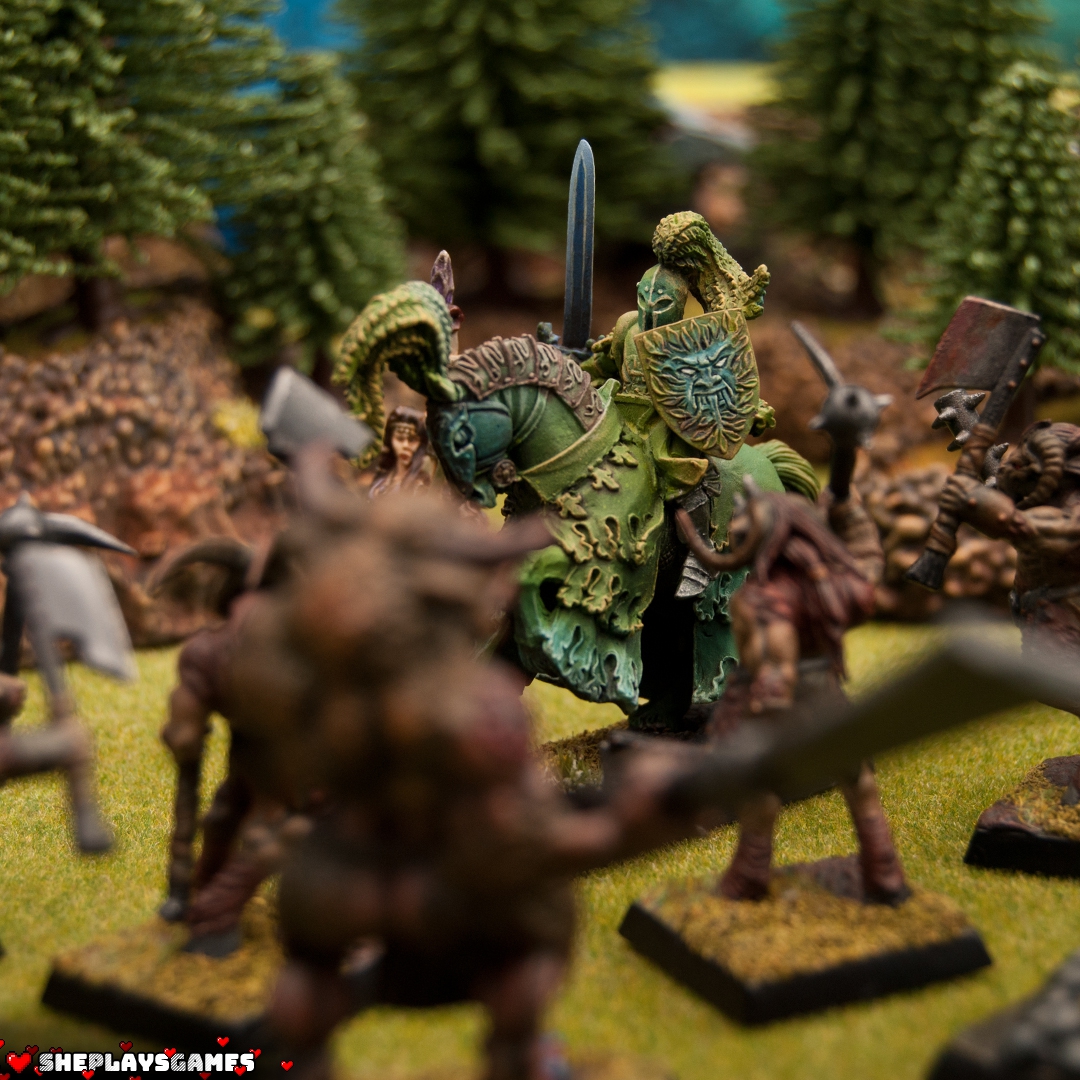 Green Knight
The character of the Green Knight has always been associated with a hero appearing in moments when Bretonnia needs him the most. So, to emphasize this, here are the pictures of the Damsel of the Lady being attacked by Beastmen and the Green Knight saving her from imminent death. 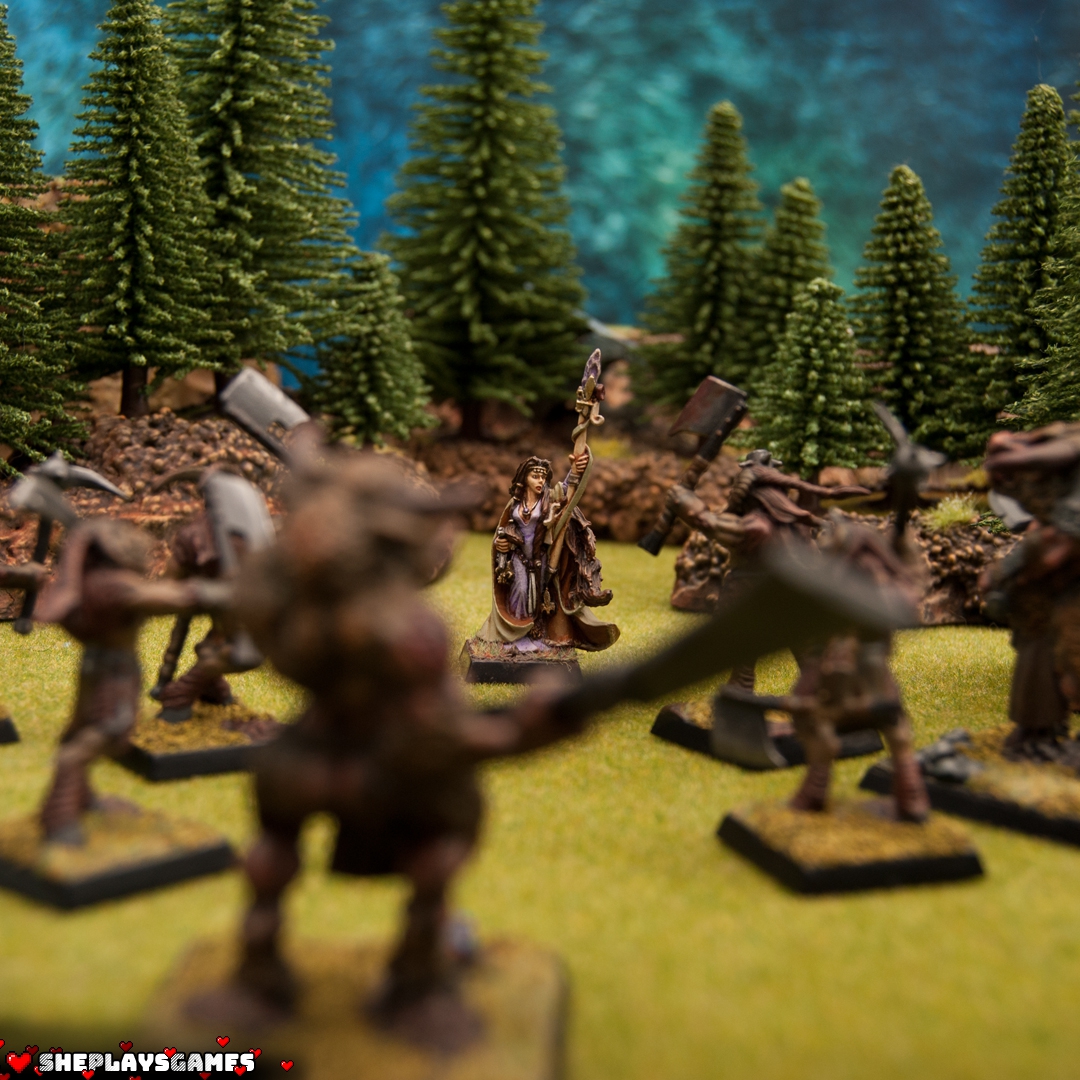 As I promised earlier, I am posting more pictures of the Green Knight. He finally lived to see his photo shoot and more snaps. The model is part of my Bretonnian army for some time now. He had his debut during one of the tournaments allowing to use special heroes for certain number of points. It was good 6 years ago during tournament, which was called Szturm 4. I had him specially painted for this event. I remember how happy I was about finally being able to use him in a battle.
<>br His special rule Guardian of the Sacred Sites allowed me to quickly get close to machines or enemy shooting units. In turn, his Ethereal and Terror rules effectively helped me protect him from non-magical attacks or charging troops with low LD. 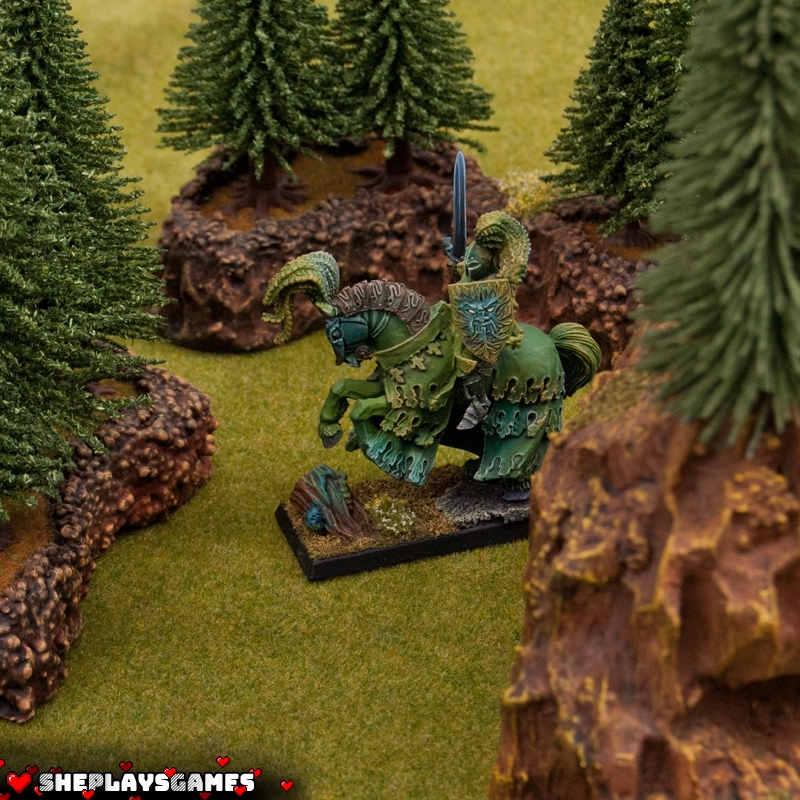 I decided to paint him in various shades of green with a touch of yellow because of his connection to nature and the fact that his rules state that his presence is strongly felt especially in forests, near lakes or other natural terrains. To emphasize its immaterial form I used blue and white colors. I tried to get OSL on some parts of the model this way. Although this was my first attempt to do this effect, I am satisfied with the result I got. Of course now this technique would be easier for me to achieve, but I was just learning it then and I didn't have many technical paints or tutorials at my disposal, which would make it much easier for me to do it. 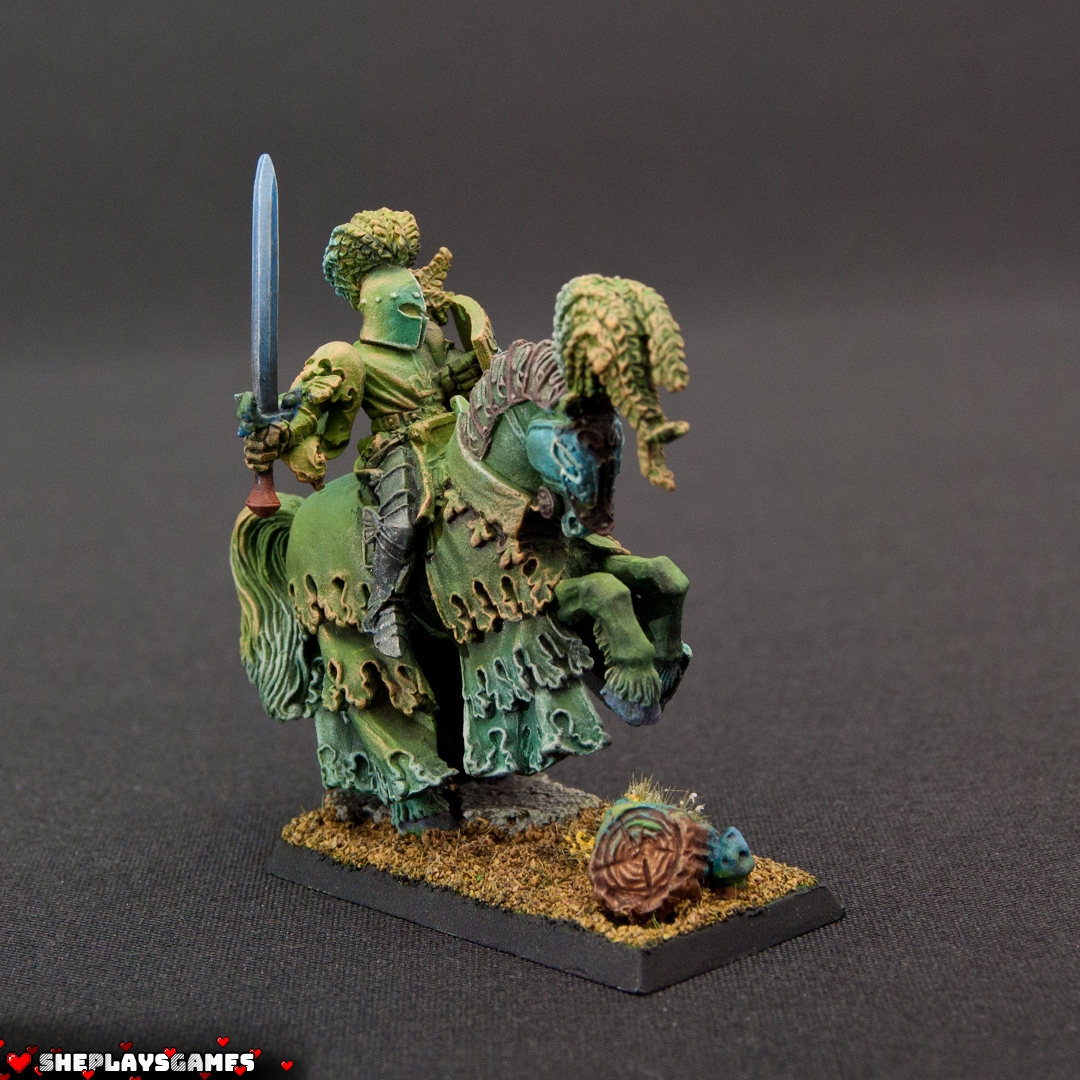 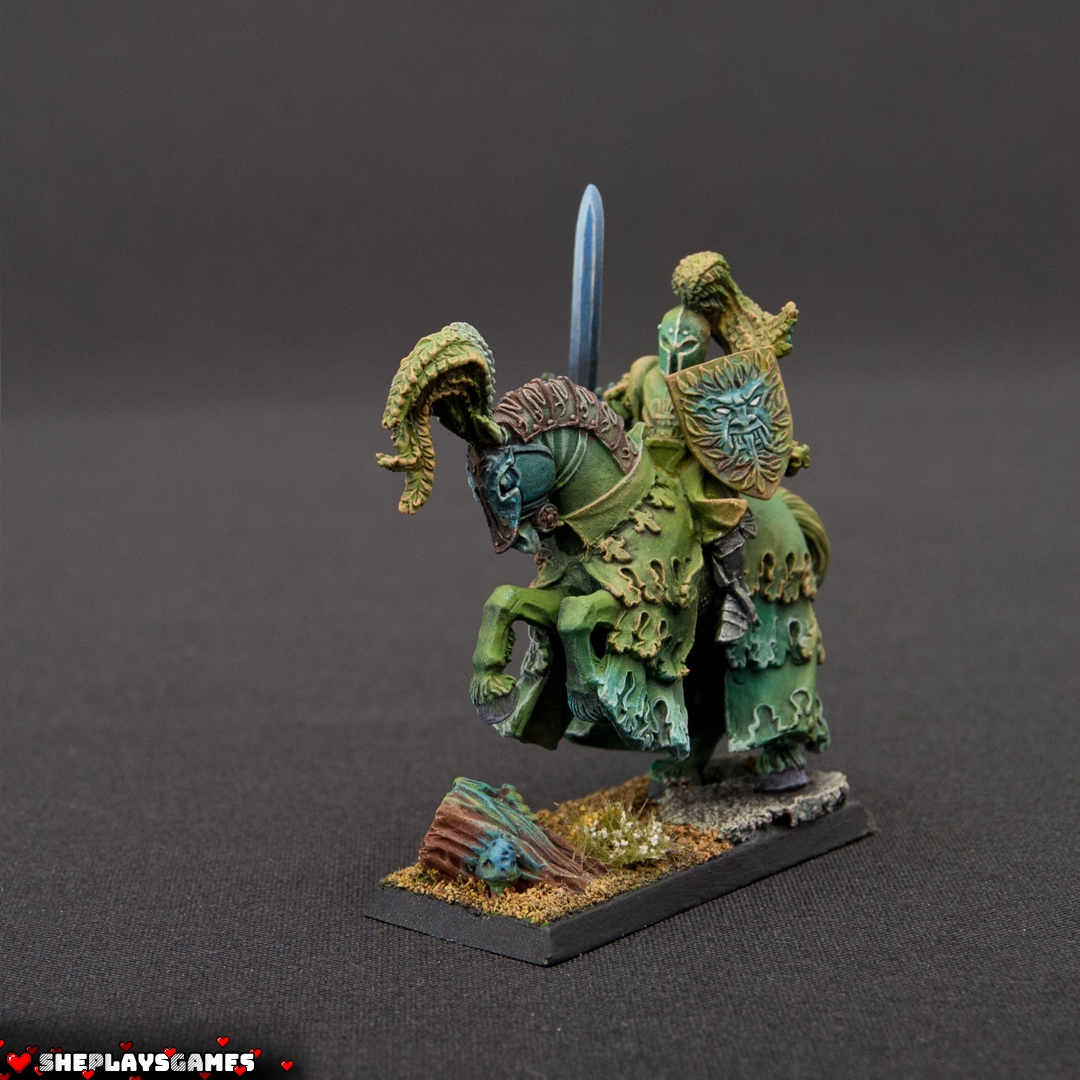 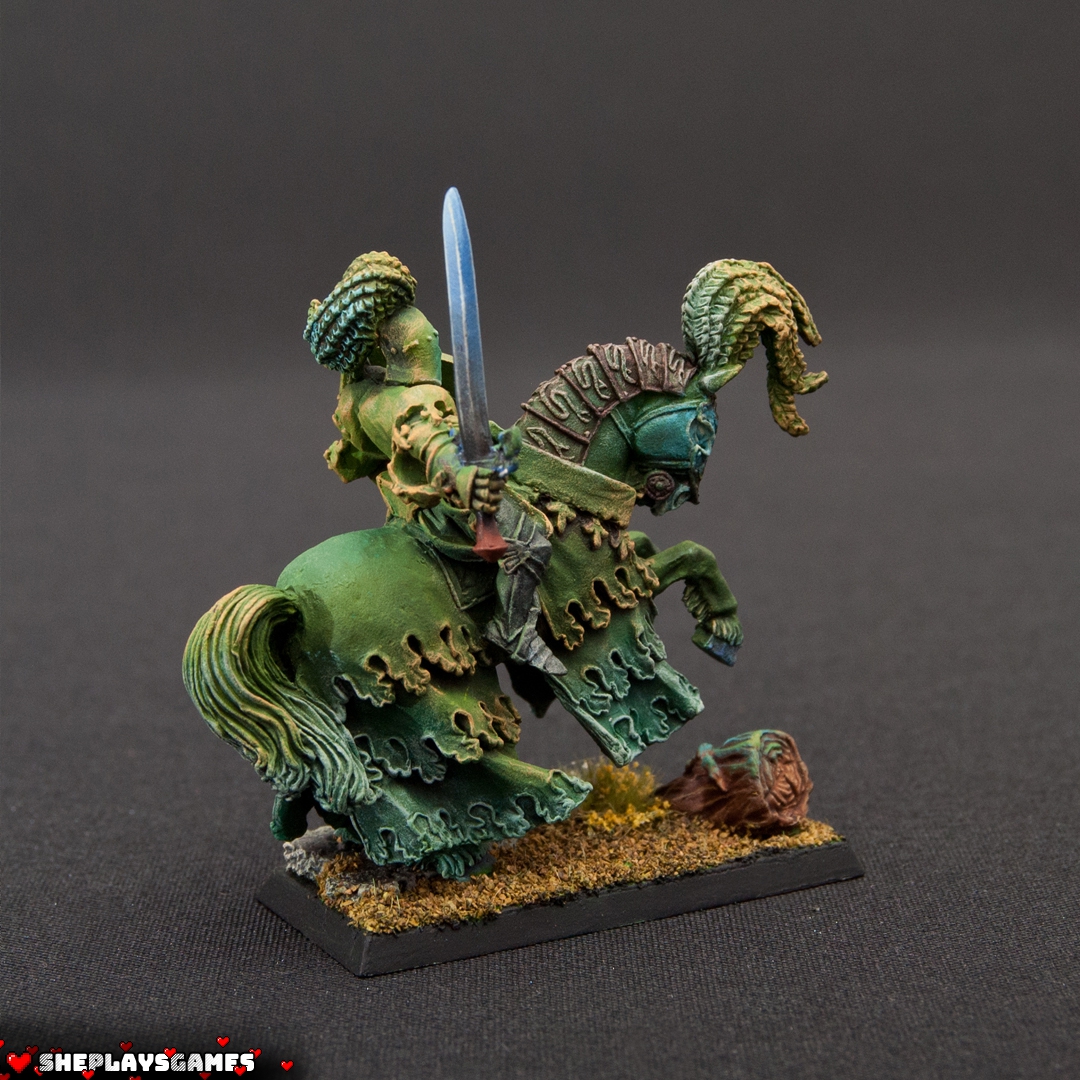 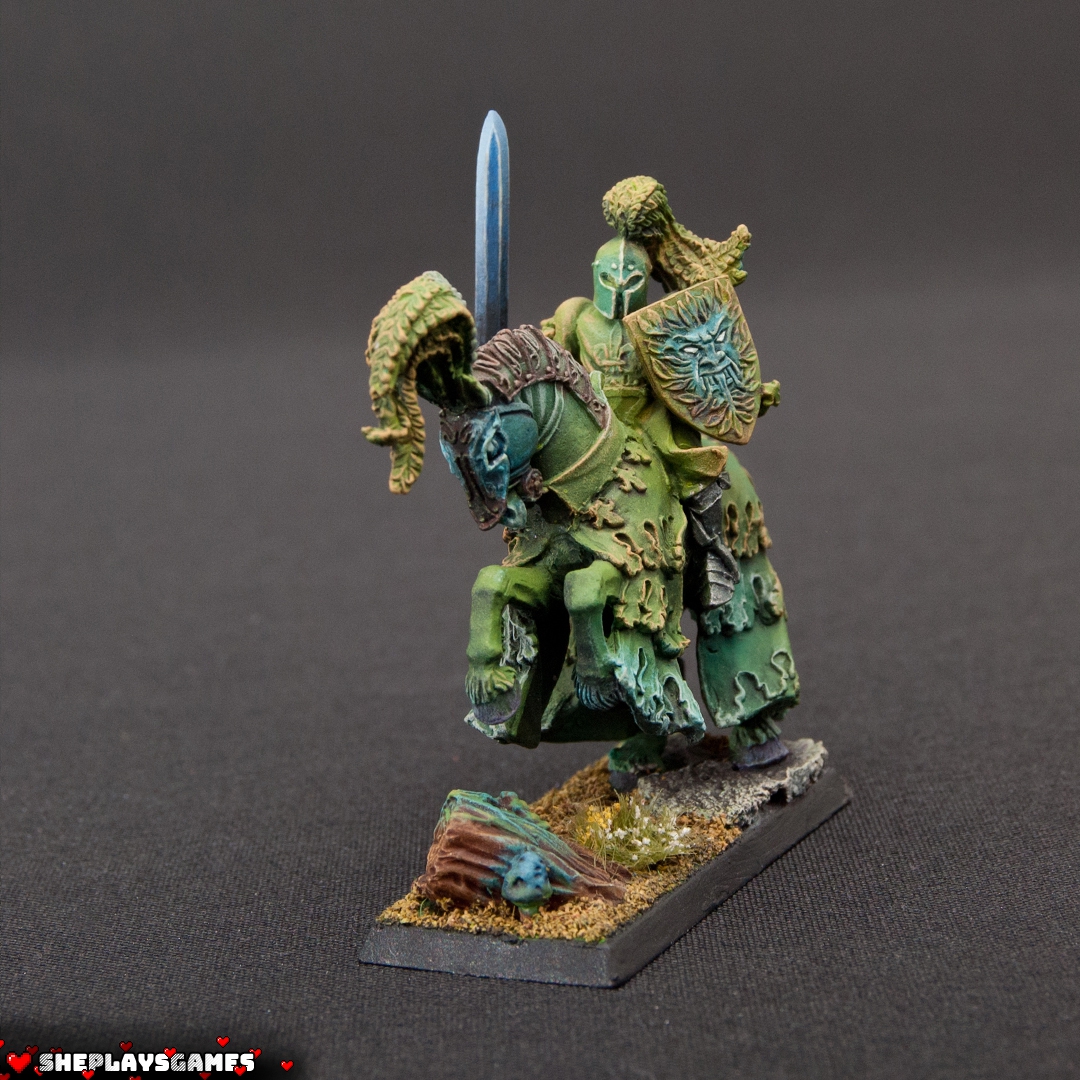 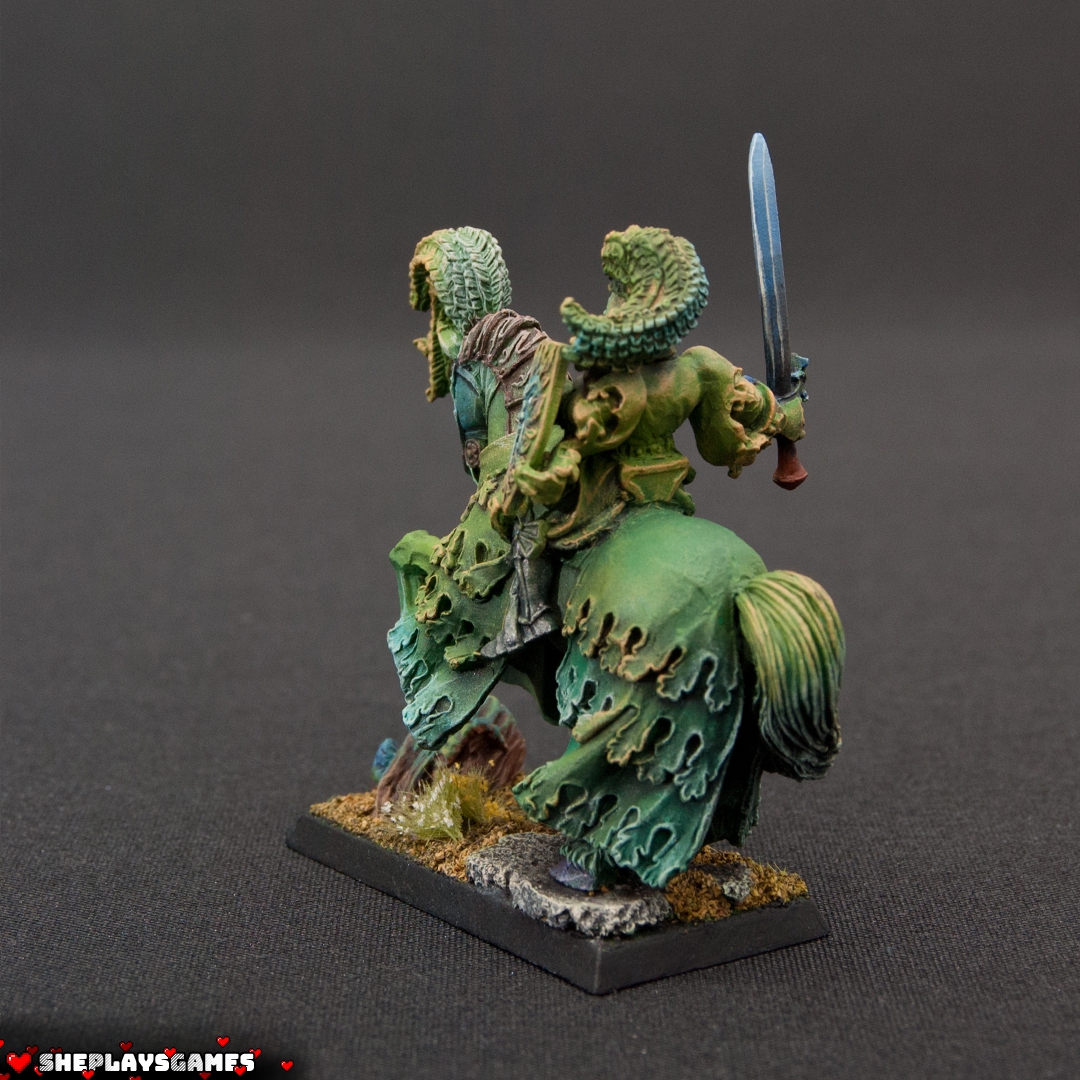 In addition to photos of the model itself, I'm proud to show you a handmade t-shirt with the Green Knight on it, which I received as a birthday present. I don't have to write that this T-shirt always accompanies me during the battles with my Bretonnians as a token of luck. 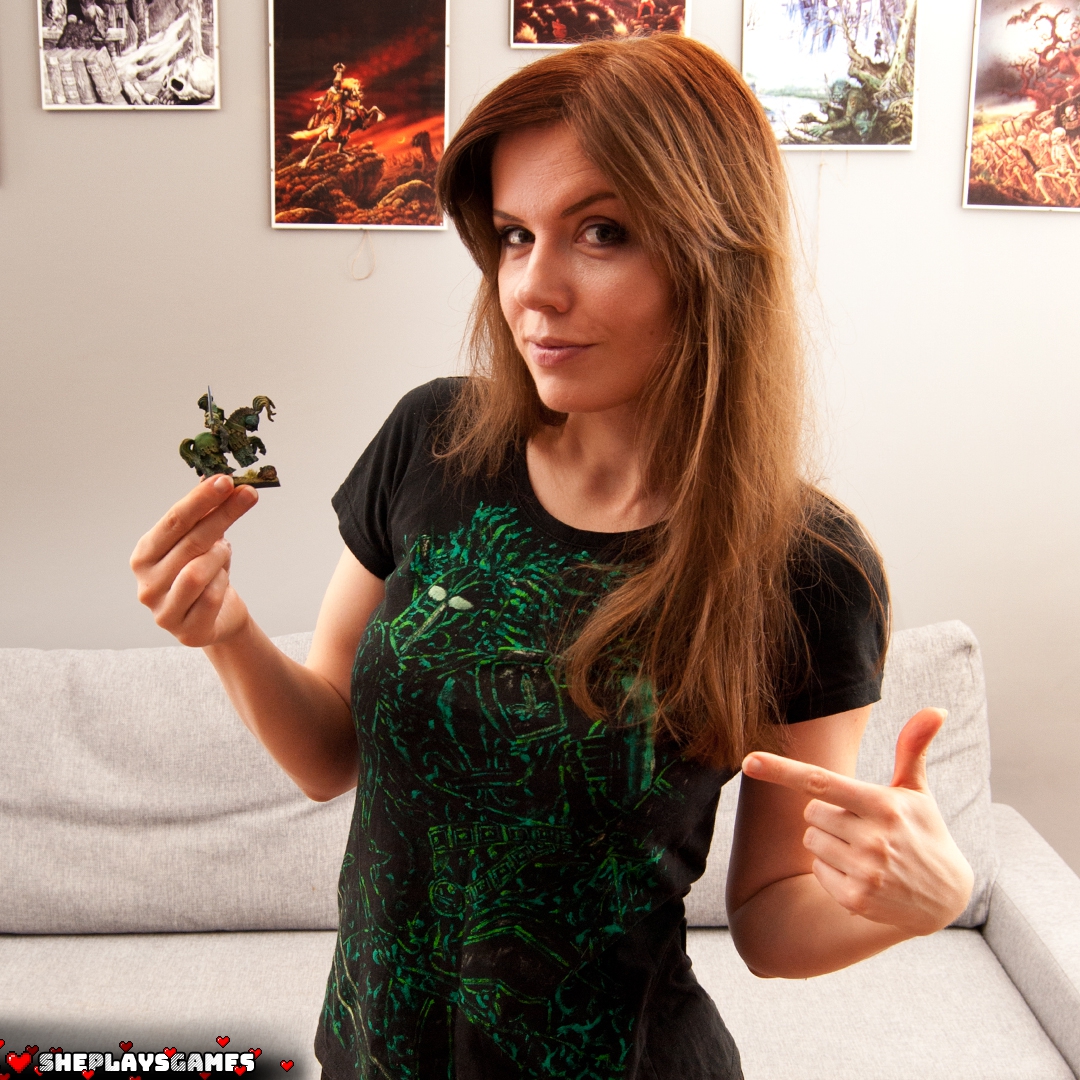