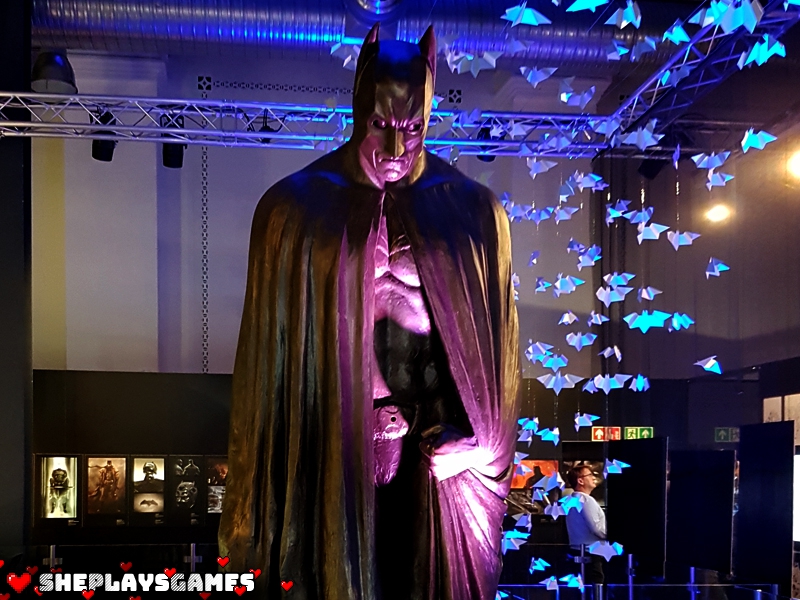 Who among us did not want to have supernatural powers in childhood and become a superhero fighting evil in the world? Indestructibility, supernatural strength and speed, flying or controlling the elements are just some of the most frequently emerging abilities that every kid wanted to have. I remember myself that as a little girl under the influence of the comedy series "Out of this World" (1987-1991), I wanted to be able to stop time by touching my fingers. Anyway, this post will be about something different.

Today, we will deal with well-known characters from cartoons, comics and movies created by the DC Comics, which stands behind the youthful fascination of hundreds and even thousands of people around the world about the fate and adventures of Superman, Batman or Wonder Woman. A fascination that continues to this day.

If you are a Batman fan, you probably know that this year he celebrated his 80th birthday. On this occasion, I decided to go to the exhibition called “ The Art of DC – The Dawn of Superheroes”, which was created by the French institution Art Ludique - Le Musée with the cooperation of the Warner Bros. studio. What was the exhibition about?

Well, you could get familiarized with the original props from Batman, Superman, Wonder Woman or Justice League films. The entire exhibition included over 20 costumes of both superheroes and their eternal enemies. Guests could also see nearly 300 early concept sketches or 250 comic pages. All this is divided into themed sections for each hero, which have been specially arranged and musically framed. The exhibition is available to visitors until February 2, 2020 in the EC1 Lodz Machine Room. If you haven't had the opportunity yet to go there, you must definitely see it. The value of all exhibits is almost 20 million dollars, and the most expensive of them is the cover by Fred Ray from Superman # 14, worth almost 825 thousand dollars. In addition, fans of the works of such authors as Jim Lee, Bob Kane, Neal Adams, Frank Miller, and Alex Ross will also find something for themselves.

Personally, the first thing that caught my eye was the Wonder Woman costume of the 70s, originally worn by Linda Carter. Later on, it was getting better. The Batman section included, for example, the original Batman motorcycle, Batpod, which appeared in the movie The Dark Knight and The Dark Knight Rises. However, the most memorable thing for me was the conceptual sketches from the intro to the 1992 Batman: The Animated Series later broadcasted on Polish television in 1993, and in the Polsat channel in 1997. Immediately, came back to me memories from my childhood, when after school I rushed home and sat in front of the television in anticipation of the next episode of Batman's adventures. On the other hand, the costumes of Penguin, Joker, Two-Face or Riddler brought to my mind movies, from which scenes and dialogues I remember to this day.

There were also prepared short films about the process of creating costumes for superheroes and a shop where you could buy gadgets or comics published by DC Poland and the Egmont publishing house. I was tempted to one of them myself. Although I'm a Batman fan, this time I decided to delve into the history of Flash from the DC Rebirth series.

As a part of my weekend trip, I also went to the 30th International Festival of Games and Comics in Lodz, which abounded, among other things, in lectures or interviews with Polish and foreign comic book creators, cartoonists and screenwriters. You could get the autograph of John Higgins, Jimmy Layman or Zbigniew Kasprzak, and participate in drawing workshops. Throughout the event, visitors could exploit the market, board and gaming zones, where you could play the iconic games on Nintendo such as Super Mario Bros or you could also fight in Mortal Combat 11 or Tekken 7 game on the console. In addition, there were a lot of competitions, mini-tournaments, and quizzes, and you could meet cosplayers in the corridors.